The Kremlin said it could annex the important Kherson region 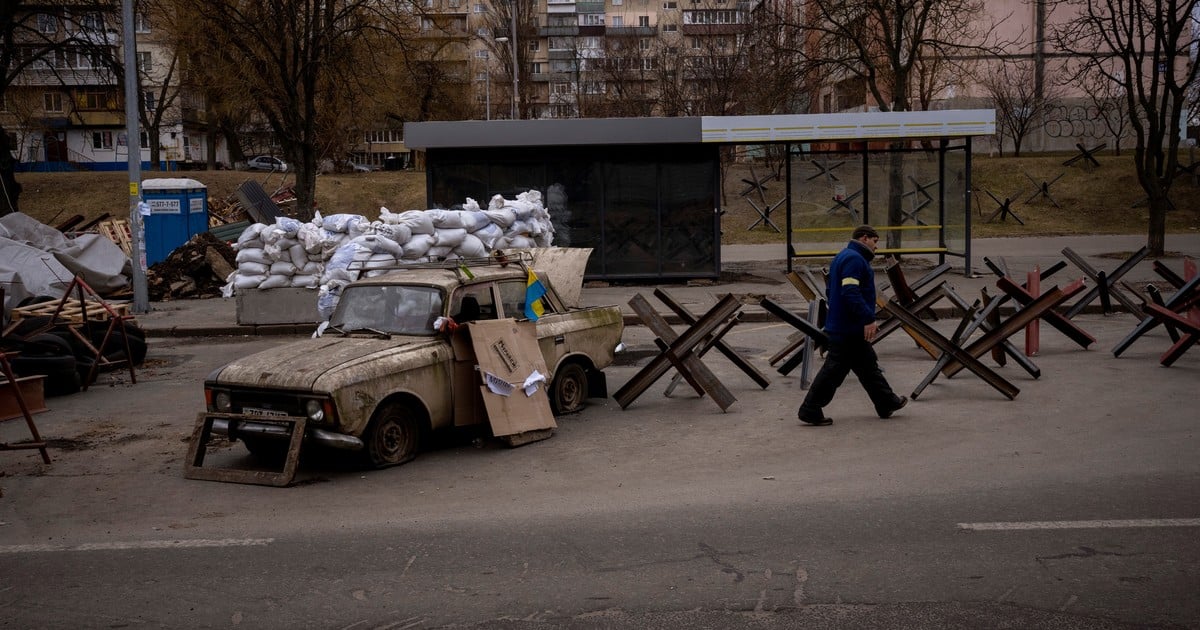 The Kremlin signaled on Wednesday that it might annex the strategically important region of southern Ukraine from Khersonas the occupation authorities said they would prepare a formal request to the president Vladimir Putin to absorb their region into Russia.

A Kremlin spokesman, Dmitry S. Peskov, told reporters Wednesday that “residents of Kherson should decide” whether to join Russia, months after the city of Kherson, with a prewar population of about 290,000, became the first major city in fall after the invasion of February 24.

Moscow-installed authorities in southern Ukraine’s Kherson region said on Wednesday they plan to appeal to President Vladimir Putin for the region to become part of Russia. (Photo by Alexander NEMENOV / AFP)

“Such fateful decisions must have an absolutely clear legal basis and position, be completely legitimate, just as it was in the case of Crimea,” Peskov said, referring to the region that Russia illegally annexed from Ukraine in 2014, just hours after that 97% of voters there approved a referendum criticized as fraudulent.

Peskov, asked if his statement that the residents of Kherson should decide their fate meant that Russia was planning to hold a referendum there, said:

“I said what I wanted to say. I didn’t say anything about a referendum.”

The effort to formally incorporate the region comes as Russian forces stepped up repressive efforts in Kherson to nullify its Ukrainian identity and bring it firmly into Moscow’s sphere of influence amid a series of protests by local residents.

Russian forces imposed a transition to the Russian ruble in early May and have raised Russian flags over government buildings, according to videos and photos taken on the streets.

The Kherson region has a deep strategic importance:

It is where the mighty Dnieper River empties into the Black Sea, and is the source of a Soviet-era canal that supplies Crimea with water.

The Kremlin’s interest in the region shows that Russia’s war goals extend far beyond Donbas, the region in eastern Ukraine where the Russian military has focused its ground offensive and where Putin falsely claimed that Russian-speakers needed protection.

Unlike the annexation of Crimea, the Kremlin appears to be laying the groundwork to seize control of the Kherson region without even holding a referendum.

Kirill Stremousov, who was installed by Russian forces as deputy head of the Kherson region in April, said on Wednesday that the occupying “military-civilian administration” planned to ask Putin to declare his region part of Russia at a stroke.

“This will be a unique decree based on the appeal of the leaders of the Kherson region to Russian President Vladimir Putin,” Stremousov told a news conference on Wednesday, according to Russia’s state news agency Tass.

Stremousov also said in recent days that Kherson “would be integrated with the Russian Federation as much as possible” and that residents “would have the right to obtain the russian citizenship and Russian passports”.

Mykhailo Podolyak, adviser to the Ukrainian president’s chief of staff, dismissed the idea that the Kherson occupation authorities could apply to join Russia, saying “the invaders can apply to join even to Mars or Jupiter“.

“The Ukrainian Army will liberate Kherson,” he said on Twitter, “no matter what puns they play.”

the president of ukraine Volodymyr Zelenski accused Russia of planning to hold a fake referendum in Kherson to bolster its illegitimate governmentsimilar to the self-proclaimed “people’s republics” that Moscow-backed separatists established in the Donetsk and Luhansk regions of eastern Ukraine.

Michael Carpenter, the US ambassador to the Organization for Security and Cooperation in Europe, warned this month that Russia planned to stage “fake” elections in Donetsk and Luhansk in mid-May, followed by a similar referendum in Kherson.

“This is straight out of the Kremlin playbook,” Carpenter told reporters at the State Department.

The Russian takeover of Kherson has been met with widespread resistance and street protests from local residents.

Some residents have been forced to flee to nearby Ukrainian-controlled cities such as Odessa and Kryvyi Rih.

The regional governor, Hennadii Lahuta, estimated this Tuesday that almost Half of the population he had been gone since March.

Witness accounts who made it out of Kherson describe an increasingly repressive environment, where Russian soldiers are omnipresent in shops and on street corners, going through phones and kidnapping journalists, community leaders, local council members and activists.