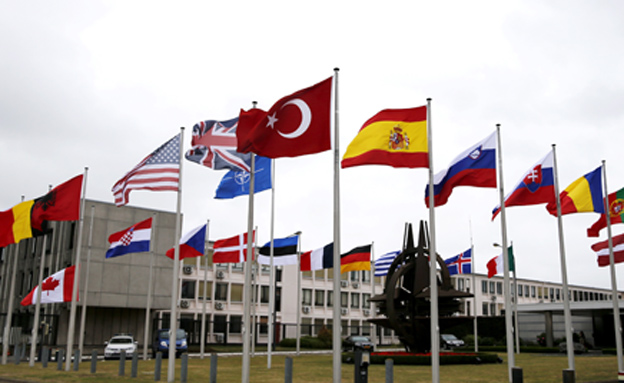 Following talks in Finland over the possibility of joining NATO over fears of Russian aggression, the Finnish government announced today (Thursday) that it intends to join the North Atlantic Alliance. Public opinion in Finland has backed the move at 76%.Finnish Prime Minister Sana Marin and the President have announced that Finland will apply for membership in the Alliance without delay. If Finland does join NATO, it will be the country with the longest border with Russia – about 1,300 kilometers. Moscow has previously threatened that if Helsinki joins the Western military alliance – nuclear weapons will be placed in the Russian enclave in Europe, which lies on the shores of the Baltic Sea.

“We hope that the national steps still required to make this decision will be taken quickly in the coming days,” the leaders said in a joint statement. Finnish public support for joining NATO has risen to record numbers in recent months, with the latest public broadcasting survey YLE showing that only 12% of Finns oppose the move.

Russia’s invasion of sovereign Ukraine has led to a growing number of Finns who see friendly relations with Russia as an empty expression. Ukraine’s fate is particularly troubling for Finland and its rapid move towards NATO may even attract neighboring Sweden there.

Following the announcement by the Prime Minister of Finland and the President, Denmark announced that it would push for Finland to join NATO in an expedited procedure. According to Danish Prime Minister Mada Fredrickson: Once you have submitted the application formally. ”

One thought on “Finland announced: Interested in joining NATO”