Press and palace: spotlight on Dragons in the US, Putin is not invincible 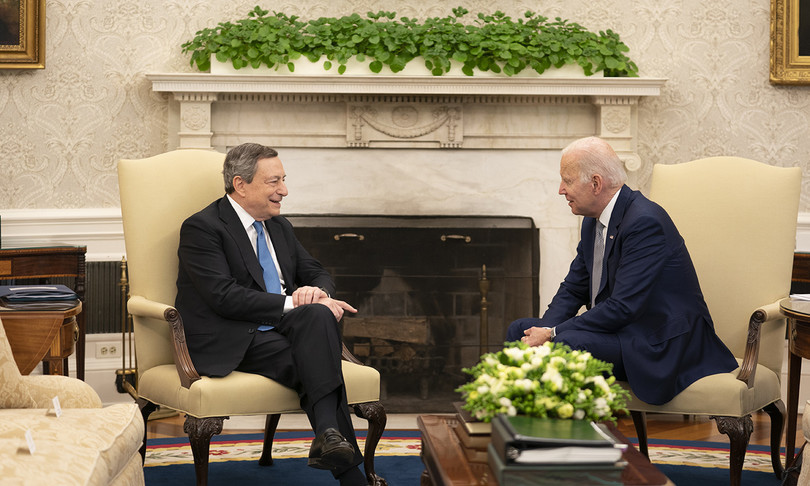 The headlights of today’s newspapers are always focused on Prime Minister Mario Draghi’s trip to the United States.

“Draghi: Putin is not invincible”. “But everyone – adds the newspaper in via Solferino, quoting the words of the prime minister in the press conference he held at the Italian embassy in Washington – may seek peace, Russia and the United States talk to each other. Roof on the price of gas”.

“The diplomatic way”. “Draghi seeks Biden’s support on the European line: negotiate a truce with Moscow”. Repubblica also focuses on fibrillations in domestic politics. With the M5s position on the war in Ukraine dividing the former red-yellow front. “Conte does not give up: the vote in the Chamber is a must”. The mayor of Florence Nardella replies to the pentastellato president who in an interview remarked: “Enough vetoes or no alliances with the Democratic Party”.

“Dragons to the USA: a table for peace”. “Russia is no longer Goliath, let’s work to stop the cook”. Carlo Cottarelli evokes the ballot box: “Fragile coalition, better go to early voting”. Il Sole 24 ore reports in front page the news of the attack by Russian hackers on the Italian sites of the Senate and Defense.

“Draghi: Putin is not unbeatable”. “Peace cannot be imposed on Ukraine, but negotiate again”.

“Dragons: seeking the peace wanted by Ukraine, not imposed by others”.

“For a peace not imposed. Dragons from Biden: only Ukraine can decide how to get to the end of the war”.

“Dragons at hand wants. The US: more and more weapons”. The newspaper speaks of the premier’s unfinished mission, also because the word “negotiation” has disappeared from the joint statement. The newspaper returns to the theme of the rules on the presence of commentators on TV, with the work carried out by the Rai Supervisory Commission: “Talk without debates and gags on social networks”. Free from account of the start of the referendum campaign on justice: “Too many silences on the referendum: we need a shock”.

“Draghi relaunches negotiations: Russia, USA and Ukraine at the table”.

“Dragons: America does not decide”.

One thought on “Press and palace: spotlight on Dragons in the US, Putin is not invincible”