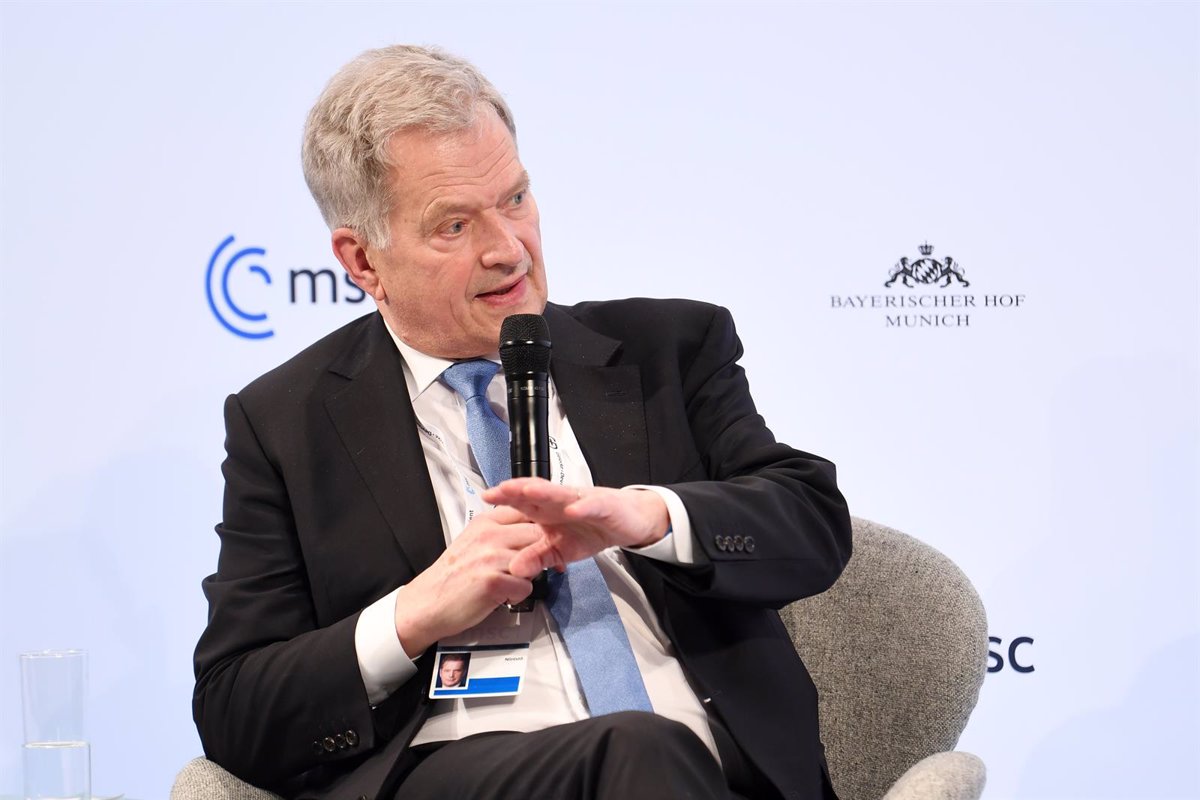 The President and Prime Minister of Finland, Sauli Niinisto and Sanna Marin, respectively, announced on Thursday their support for the country’s possible accession to NATO and stressed that Helsinki’s entry into the Atlantic Alliance “would strengthen Finland’s security “.

“NATO membership would strengthen Finland’s security. As a NATO member, Finland would strengthen the alliance as a whole. Finland must urgently apply for NATO. We hope that the steps still needed at the national level to achieve this solution be given quickly over the next few days”, they highlighted.

The offices of the Presidency and the Finnish Government have published a joint statement in which Niinisto and Marin have highlighted the “important discussions” on the possible entry of Finland into the bloc and have stressed that “time was necessary for the formation of a position both in Parliament and in society as a whole”.

“It has taken time to carry out close international contacts with NATO and its member countries, as well as with Sweden. We wanted to give the debate the space it needs,” they said. “Now that the moment of decision-making is approaching, we underline our common position to inform parliamentary groups and parties,” they settled.

Niinisto himself stated on Wednesday that Finland’s possible accession to NATO is not directed “against anyone”, alluding to Russia, which has been opposed to this option. “If we want to maximize our security, it means maximizing our country’s defence,” he said at a news conference with UK Prime Minister Boris Johnson.

Both Finland and Sweden have considered the possibility of abandoning this long-term status and joining the Atlantic Alliance in the context of the Russian invasion of Ukraine. The latest polls suggest that 68 percent of Finns support joining NATO, more than twice as many as before the Ukraine invasion, and only 12 percent oppose it. In Sweden it is tighter, but there is also majority support for joining NATO.

If the accession of Sweden and Finland bears fruit, the 30 member countries of NATO will have to ratify the membership of both European nations, which may last another long period of between four months and a year, although it is estimated that it would be resolved in the fork shorter time.

The entry of Sweden and Finland into NATO could be completed before the end of the year or the beginning of 2023, after a negotiation process of just a few days given the proximity of the two Scandinavian countries to the Atlantic Alliance, a spokesman for the NATO consulted by Europa Press.

The Patients’ Association is demanding the resignation of Ante Ćorušić, head of the University Hospital Center Zagreb