Italy: Still tensions in the majority over the sending of weapons to Ukraine 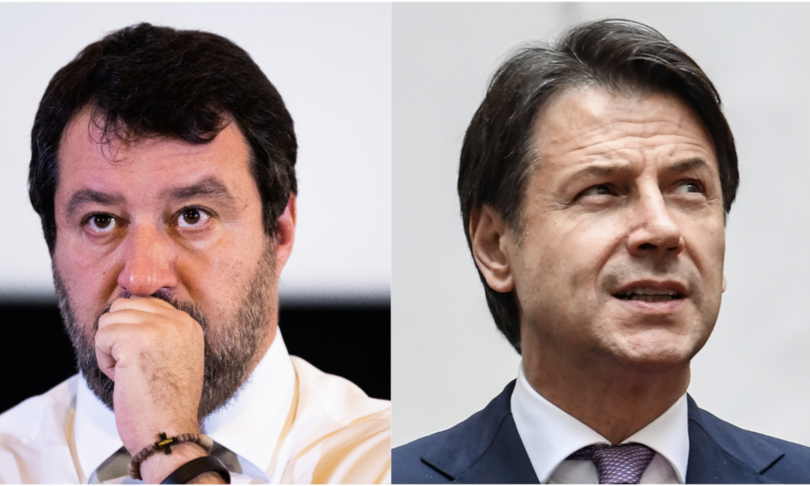 One week after Prime Minister Mario Draghi’s briefing in Parliament and on the day after his trip to the USA, the crux of sending new weapons to Ukraine and, more generally, the Italian line on the conflict continue to make the majority fibrillate.

With the 5 stars who insist on the need for the Chambers to express themselves with a vote. Vote not expected at the moment and not even so obvious at the end of the month, as the 5 stars hope, when an extraordinary EU Council will meetIn fact, the communications of the premier in the Chamber, with subsequent vote on the resolutions, are automatic only for the ordinary Councils, not so much for the extraordinary ones.

So, the topic of the vote is destined to hold the spot for another weeks. “Draghi will carry out a briefing next Thursday, first in the Senate and then at 11.30 in Montecitorio. For now this is it, then we will see if it will be something else”, said the president of the Chamber Roberto Fico when asked directly by journalists on the request for one vote in Parliament.

It is the first time that Fico tackles the issue, with words that in fact do not disavow Conte’s line. He also opposes the League to send other weapons, but the leader Matteo Salvini says he “disagrees with raising the tone, we are not at war with anyone but I think it is in everyone’s interest, in the first place of Ukraine, put out the fire “.

And he acknowledges to Draghi that he “talked about peace, I don’t know if they also talked about weapons with Biden, we’ll talk about it together”. The Northern League leader then makes it known that he has asked for a new meeting with the premier, to take stock of the face to face with the American president. As for the urgency of a parliamentary debate, a question posed by Conte, he replies succinctly: “For me the urgency is peace”.

He tries to clarify the knot the constitutionalist dem Stefano Ceccanti: “There will be no vote on the imminent inter-ministerial decree to aid the legitimate defense of Ukraine because the very precise resolutions passed in the Chambers on 1 March last are still fully in force as a legal and political basis until 31 December, which also provide for ‘the sale of military equipment and instruments that allow Ukraine to exercise the right to self-defense and to protect its population ‘”.

There will be a vote but, he adds, it will be on the accession of Finland and Sweden to NATO: “The Italian Parliament will shortly be called upon to vote on two laws to ratify and execute the respective Accession Protocols. It will have to do so quickly in order not to leave the two countries in limbo”, concludes Ceccanti.

That a new vote is not necessary also argues Senator Pd Andrea Marcucci: “I am not afraid of new controversies on weapons, not even when Draghi comes to Parliament next week. The continuous distinctions between Lega and M5s only look at the polls, but on the issue of military support for Ukraine, the Chamber has already expressed itself eloquently “.

Stefano Fassina di Leu does not think so, according to whom “Draghi’s information is not enough. The premier’s communications are necessary so that the Chambers can re-express themselves with a vote on the dispatch of weapons “.

The judgment of Matteo Renzi is caustic: “No to arms. Who says that? That Prime Minister, Conte, who has increased spending on arms more than others“, remembers the leader of Italia viva.

“The attempt of attrition that Conte and the M5s are fielding against President Draghi to try to recover a few decimal points in the polls is truly shameful”, adds the president of the party Ettore Rosato, who underlines: “The government is doing exactly what it is doing. we asked him, with a practically unanimous vote on March 1, including the shipment of armaments. And he is doing it well, there is no need to vote again for anything. Conte put his soul in peace “.

One thought on “Italy: Still tensions in the majority over the sending of weapons to Ukraine”