The increasingly fundamental role of the port of Rotterdam 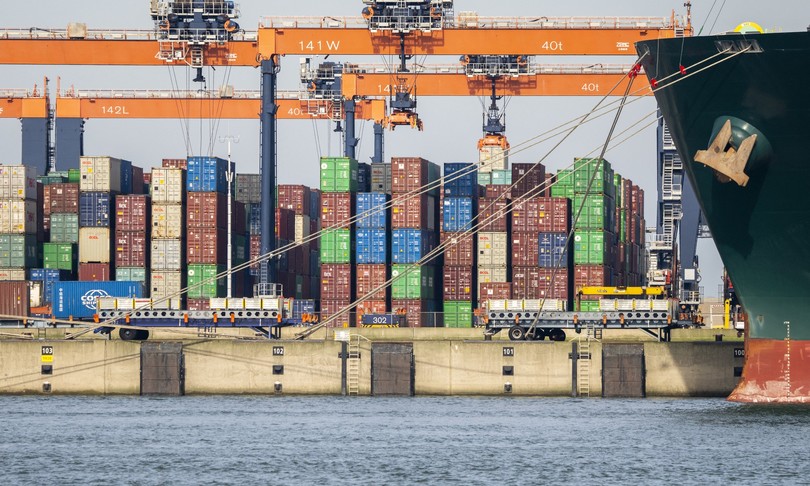 With the first world port of Shanghai gone haywire due to the restrictive lockdown imposed by China due to the Omicron variant, the port geography is being redesigned and sees Rotterdam increasingly at the center of the global logistics map, focusing on a sustainable and technological future. Not only for the repercussions of the Covid-19 pandemic, the historic port city of South Holland is key to Europe’s supply of fossil fuelsin the difficult context of the war between Russia and Ukraine, the sanctions in Moscow and the blockade of Russian gas from Kiev.

According to a recent study by the Finnish Research Center for Energy and Clean Air (Crea), some 2.8 billion euros of Russian oil, gas and coal have entered Europe via the port of Rotterdam since the invasion of the Ukraine, on February 24th. No other port in the world has handled so many Russian fossil fuels in recent monthsas reported by the broadcaster ‘Rtl Nieuws’.

According to CRE researchers, Russia thus earned about 63 billion euros from fuels exported during the war, with 71% of these exports destined for Europe, including through the seaports of Trieste, Gdansk in Poland and Yeousu in Korea. South.

Furthermore, the port of Rotterdam is central to the strategy outlined by the European Union for the continent’s supply of renewable energy sources, to reduce dependence on fossil fuels. The Port Authority of Rotterdam assured that “to be able to supply Europe with a quantity of hydrogen equal to 4.6 million tons per year starting from 2030”.

An official forecast communicated to the European Commissioner Frans Timmermans, the result of timely assessments and concrete projects already defined with the collaboration of 70 subjects between companies in the Netherlands and exporting countries that have signed up for the offer. Therefore, this guaranteed volume by the port of Rotterdam would constitute a decisive contribution to the implementation of the targets set for hydrogen by the REPowerEU package, which provides for H2 availability in Europe equal to 20 million tons per year by 2030, half of which produced internally and the other half imported.

In order for the forecasts outlined by the Rotterdam port authorities to materialize, as highlighted by the Hydro News website, on the one hand, a certification is needed that can attest to the real renewable origin of hydrogen imported from sources outside the EU. On the other hand, a system of public incentives must be created that can make hydrogen and derived fuels economically competitive with fossil fuels.

Therefore, with these numbers, Rotterdam is a candidate to become the hub of entry into the old continent of H2 produced in other parts of the world, such as in Australia and South America, then transported by ship, probably in the form of ammonia. In those countries, the abundance of space and low-cost renewable energy sources can make the final price of the commodity more competitive.

Looking beyond the current port situation, affected by the pandemic and the war between Russia and Ukraine, the French business newspaper La Tribune pointed out that “The maritime economy and its control is a crucial issue of the 21st century”. In the first place because being less expensive than road and air transport, maritime transport ensures the most conspicuous part of world trade, especially hydrocarbons (75%).

In the maritime sectors, China is indisputably in a position of strong dominance both for its large ports and for the number of sailors in the world, estimated at over 150,000. However, maritime trade remains deeply disorganized, with increasingly high freight costs, waiting times to unload containers, in addition to the strong impact of unforeseen crises such as that of Covid, with the emblematic event of the Ever-Given blocked in the channel of Suez in March 2021.

Finally, seas and oceans are the epicenter of new technologies, including connecting cables for intercontinental digital communications, not to mention the ‘marine biotechs’ destined to develop in the coming decades. Also on this side the port of Rotterdam is considered a European engine.

First port in Europe and 10th worldwide in terms of freight flow – 14.5 million EVP (twenty-foot equivalent unit) in 2020 – its research center has a 3D laboratory and one of its terminals operates exclusively with renewable energy.