The Ministry of Defense of the Russian Federation published a report on the progress of the “special operation” in Ukraine, the 79th day of the war is underway 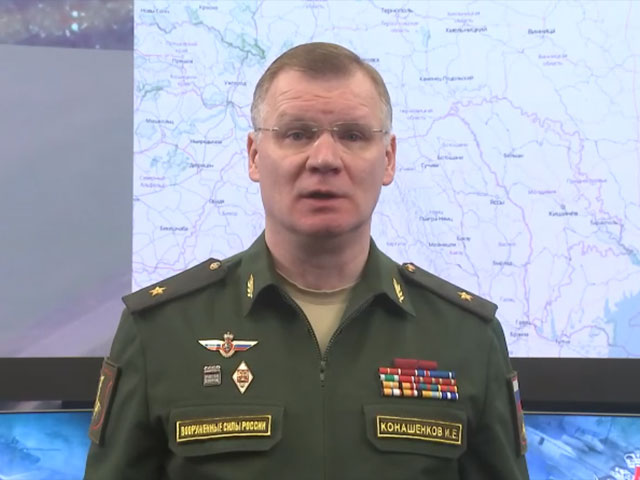 Again, the text of the RF Ministry of Defense report begins with the words “high-precision missiles.” The Russian side claims that it is delivering precise strikes against Ukraine’s military infrastructure, denying the obvious facts: Russian missiles often fall on civilian objects and residential buildings.

“High-precision long-range sea and air-based weapons on the northern outskirts of the city of Kremenchug, Poltava region, destroyed the production facilities of an oil refinery and tanks with gasoline and diesel fuel intended to supply military equipment of Ukrainian troops. Operational-tactical and army aviation hit 153 areas of concentration of manpower and Also, in the Kharkiv region, two Ukrainian installations of Grad multiple launch rocket systems and an air defense warning and indication radar made in the USA were destroyed. at firing positions, as well as a missile weapons depot near the village of Shebelinka, Kharkiv region. air forces of Ukraine. In addition, 15 Ukrainian unmanned aerial vehicles were shot down in the air in the areas of the settlements of Balakleya, Malaya Kamyshevakha, Bolshie Prokhody, Borovskoye, Prudyanka and Volokhov Yar of the Kharkiv region, Topolinoe and Pavlovka of the Zaporozhye region, Evgenovka, Yasinovataya, Yegorovka, Overpass, Avdeevka, Panteleymonovka and Steep Beam of the Donetsk People’s Republic. Two Ukrainian missiles of the Smerch multiple launch rocket system were intercepted over the settlement of Topolskoe, Kharkiv region,” the Russian Defense Ministry said.

“In total, since the beginning of the special military operation, the following have been destroyed: 165 aircraft, 125 helicopters, 842 unmanned aerial vehicles, 304 anti-aircraft missile systems, 3,032 tanks and other armored combat vehicles, 368 multiple rocket launchers, 1,491 field artillery pieces and mortars, as well as 2869 units of special military vehicles,” the text of the official statement of the Russian Defense Ministry says.

According to many military experts, the number of “destroyed” Ukrainian military equipment, indicated in the reports of the Russian Ministry of Defense, in a number of parameters exceeds the real military potential of Ukraine at the beginning of the war. However, both the Pentagon and independent military experts say that today Ukraine has more weapons than it had before the war, thanks to supplies from a number of countries. Among other things, Turkey, according to the Conflict Intelligence Team (CIT), has carried out additional deliveries of Bayraktar-TB2 strike UAVs to Ukraine. Experts agree that both the Russian and Ukrainian sides overestimate the losses of the enemy.

One thought on “The Ministry of Defense of the Russian Federation published a report on the progress of the “special operation” in Ukraine, the 79th day of the war is underway”