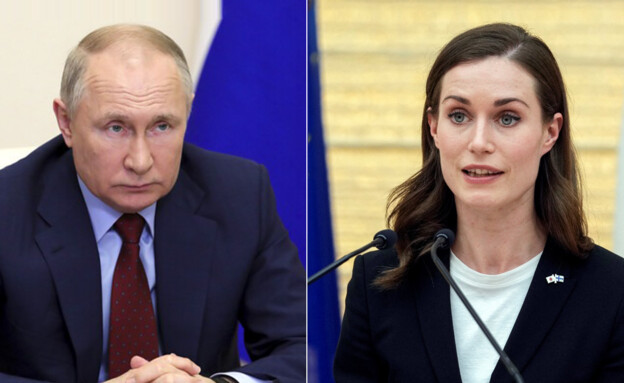 Hours after Finland announced yesterday (Thursday) its intention to join the NATO alliance, Russia has not remained indifferent and has already begun launching explicit threats in the right direction. “You will not make Europe a safer place.” Russia’s deputy ambassador to the UN went on to say in an interview with the British media that the two Nordic countries “will become part of the enemy states and will be exposed to all dangers”.He added that Russia’s deputy ambassador to the UN, Dmitry Polyansky, said that “if NATO deployed forces in the territories of Finland, which share a 1,300-kilometer border with Russia,” those territories would become legitimate targets for attack. ” And Stockholm is well aware that their steps regarding joining NATO “will provoke reactions from Russia”, meaning that it will force Russia to divert its own forces near the border with Finland.

Yesterday, Finnish President Sauli Ninisto and Finnish Prime Minister Sana Marin announced that “Finland must join the NATO Alliance without any delay, following the Russian invasion of Ukraine.” In recent days, Finland has received a shot of encouragement and support from the British government, which has announced that it is already committed to Finland’s security – and will stand by it if attacked. Finland.

The Kremlin added yesterday that Russia explicitly sees Finland’s accession to NATO as a “threat”, and the Foreign Ministry in Moscow announced that Russia “will have to take” military-technical “measures if Finland does indeed make a formal application to join NATO. The impact of the move, “Peskov said,” is how far NATO’s military infrastructure will approach our borders. ”

Moscow’s Foreign Ministry announced yesterday that Russia would have to take “reciprocal steps to address the consequences of threats to its national security.” Moscow has accused NATO of trying to create “another wing for the country’s security threat,” saying Helsinki “must be vigilant and responsible for the consequences of such a move.”

In Helsinki, on the other hand, it is estimated that an official application to join the NATO alliance will be submitted as early as Sunday. . Finland, beyond the fact that it shares a very long border with Russia, was for years considered a country with a neutral attitude, with a tendency to influence on the part of the Soviet Union during the Cold War.

One thought on “Russia threatens after Finland announces: “Become a target””