Dragons at work for peace, parties at odds over weapons 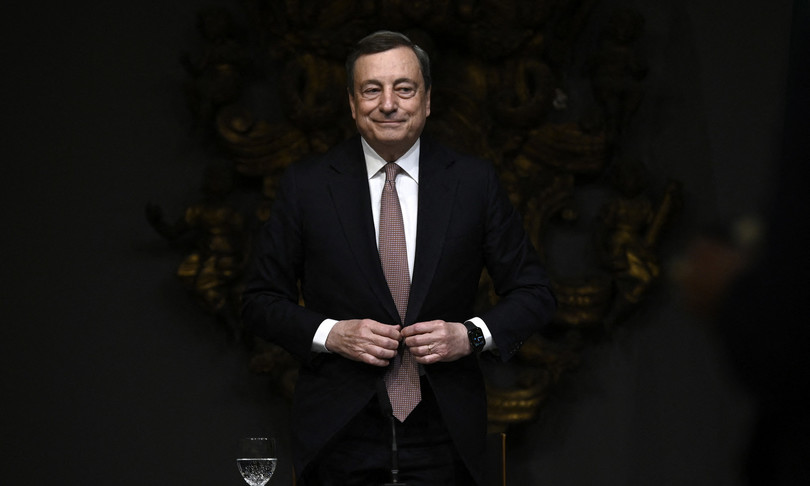 Images of the war’s devastation continue to shake people’s consciences, but “a route must be constructed to achieve durable and sustainable peace,” according to the UN.

This was Mario Draghi’s message at the Council of Ministers meeting yesterday night at Palazzo Chigi, during which the premier and US President Joe Biden discussed the upcoming Washington summit.

Words that come amid reports of conversation channels opening up between Moscow and Kiev via military authorities, despite the fact that tensions between Russia and NATO show no signs of easing.

Helsinki’s declaration of Finland’s quick admission to the Atlantic Alliance elicited a retaliatory response from Moscow, threatening nuclear war in the West. In this context, Draghi believes the best path to peace is “what the Ukrainians want.” “The conflict has taken on a new shape,” says the prime minister, “and we must question ourselves how to build the future.” “A road that leads to permanent and sustainable peace,” it must be outlined. Ministers are particularly concerned about the possibility of a food and humanitarian crisis in the poorest countries as a result of the blockade of grain exports from Ukrainian ports. At the same time, port unblocking “may represent a first tangible collaborative initiative.”

The Council of Ministers authorized the continuation of the state of emergency declared after the onset of hostilities on Ukrainian territory after the conclusion of Draghi’s report. An extension intended at ensuring continued rescue and support efforts for the population on the territory of Ukraine and adjacent countries affected by the disaster, within the framework of the European Union’s civil protection mechanism.

“Both Macron’s and Draghi’s speeches open a new phase,” says Andrea Orlando, “that I hope will give impetus to European summits to change the approach a little because the EU cannot simply be part of the conflict; it must take sides with Ukraine, as is absolutely right, but it must also play a role in promoting forms of dialogue that lead to a ceasefire as soon as possible.”

The League reacted positively to Draghi’s remarks: “So, this is the League’s and the majority of Italians’ desire. war. We need to talk to everyone, including Russia, to secure a truce “Matteo Salvini emphasizes.

However, conflicts exist among those who support Draghi, particularly over the 5 Star Movement’s position on arms to be deployed to Kiev. The League, for example, is opposed to providing weaponry that could hit Russian territory.

One week after Draghi’s announcement in Parliament, the 5 stars insist on the need for the Chambers to express themselves with a vote that, at the moment, is not foreseen and not even so obvious at the end of the month, as the 5 stars hope, when an extraordinary EU Council meets: the communications in the Prime Minister’s Chamber, with subsequent vote on the resolutions, are, in fact, automatic only for ordinary councils, not so for the extraordinary councils: the communications in the Prime Minister’

As a result, the matter of the vote is likely to be debated for a few more weeks. “Draghi will hold a press conference on Thursday, first in the Senate and then in Montecitorio at 11.30 a.m. For the time being, this is it; we’ll see what happens next “When asked directly by journalists about the desire for a single vote in Parliament, Chamber President Roberto Fico stated.

Fico addresses the subject for the first time, with remarks that do not deny Conte’s position. The League is also opposed to providing more weapons, but Matteo Salvini, the League’s leader, says he “disagrees with raising the tone, we are not at war with anyone, but I believe it is in everyone’s interest, first and foremost, Ukraine, to put out the fire.” And he tells Draghi that he understands “Peace was mentioned. I’m not sure if they discussed weaponry with Biden, but we’ll discuss it together “.

The Northern League leader then informs the premier that he has requested a new meeting with him in order to assess the face-to-face meeting with the American president. A lapidary response to Conte’s question on the need of a parliamentary debate: “For me, the urgency is peace.” Senator Pd Andrea Marcucci also believes that a new vote is unnecessary: “The ongoing distinctions between the Lega and the M5s simply look at the polls, but the Chamber has already spoken itself eloquently on the topic of military support for Ukraine.”

Stefano Fassina di Leu, according to whom, does not believe thus “Draghi’s data is insufficient. The communications of the prime minister are required so that the Chambers can express themselves again with a vote on weapon dispatch “. Matteo Renzi’s verdict is harsh: “No to weapons. Who makes that claim? Conte, the Prime Minister, has boosted his military spending more than others “.

Enrico Letta echoes this sentiment: “We will listen to Draghi in Parliament and make decisions based on that information. We’ll do it as a majority, as a government, and with the help of European partners “. “I don’t feel like claiming things have changed for a scenario that is exactly what it was two months ago: with the Ukrainians who continue to be slain and massacred,” the secretary dem says.

One thought on “Dragons at work for peace, parties at odds over weapons”