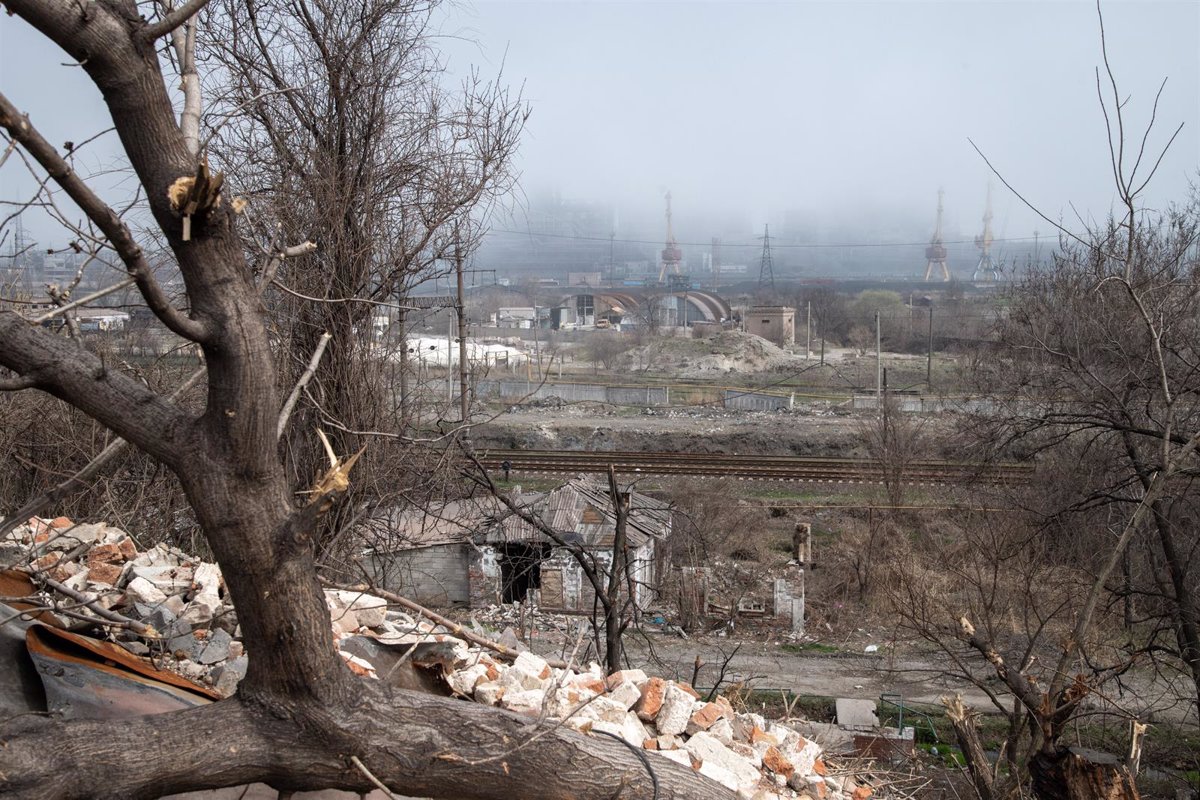 The newest evacuations, according to the UN, “offer a ray of optimism,” but “they are insufficient.”

The Ukrainian government has condemned a new attack by Russian forces on the Azovstal metallurgical facility in Mariupol (southeast), which is the only active point of resistance in the city and has been the target of an onslaught for almost two months.

“The inmates are attempting to burst into the middle of the factory under the cover of artillery fire,” said Petro Andriushchenko, one of the Mariupol Mayor’s Office aides. “With each passing day, the situation becomes more problematic,” he continued through his Telegram channel.

The steel plant is entirely surrounded and blocked by Russian forces and Ukrainian separatist militias, who have requested that Ukrainian soldiers, including members of the Azov Battalion, which adheres to neo-Nazi ideology and is part of the Interior Ministry, surrender.

Hundreds of civilians who were stranded and took refuge at the steel plant due of the conflict in Mariupol were evacuated last week thanks to UN mediation and an agreement reached with Ukraine and Russia.

Jane Msuya, the Under Secretary General of the United Nations Office for the Coordination of Humanitarian Affairs (OCHA), has described the evacuations of more than 600 people from the steelworks, Mariupol, and surrounding villages as “a beacon of hope.”

He has, however, stated that “this is far from adequate” and urged the parties to “continue facilitating efforts in order to reach more individuals.” “This necessitates that they follow Humanitarian Law. We need to act rapidly to increase (these positions) “She was adamant.

“This war, as we’ve seen in recent days, is continuing on its deadly path. Human suffering is being caused by the fierce warfare. Civilians, particularly women and children, bear the brunt of the burden “he emphasized

He has stated that “hostilities in populous regions are particularly devastating” and that “the use of heavy explosive weapons in these locations has a great risk of indiscriminate repercussions, hence their use must be avoided.”

“Mines and unexploded ordnance have a major impact on humanitarian response and access. Even before the war, eastern Ukraine was one of the world’s most extensively mine-affected areas. Encourage demining efforts. It is critical “He protested.

Msuya, on the other hand, has emphasized the importance of respecting people and allowing them to escape conflict zones “voluntarily and safely.” “I urge all parties to the conflict to eliminate all restrictions to humanitarian personnel movement in order to enable the continuing delivery of critical aid in Ukraine,” she added.