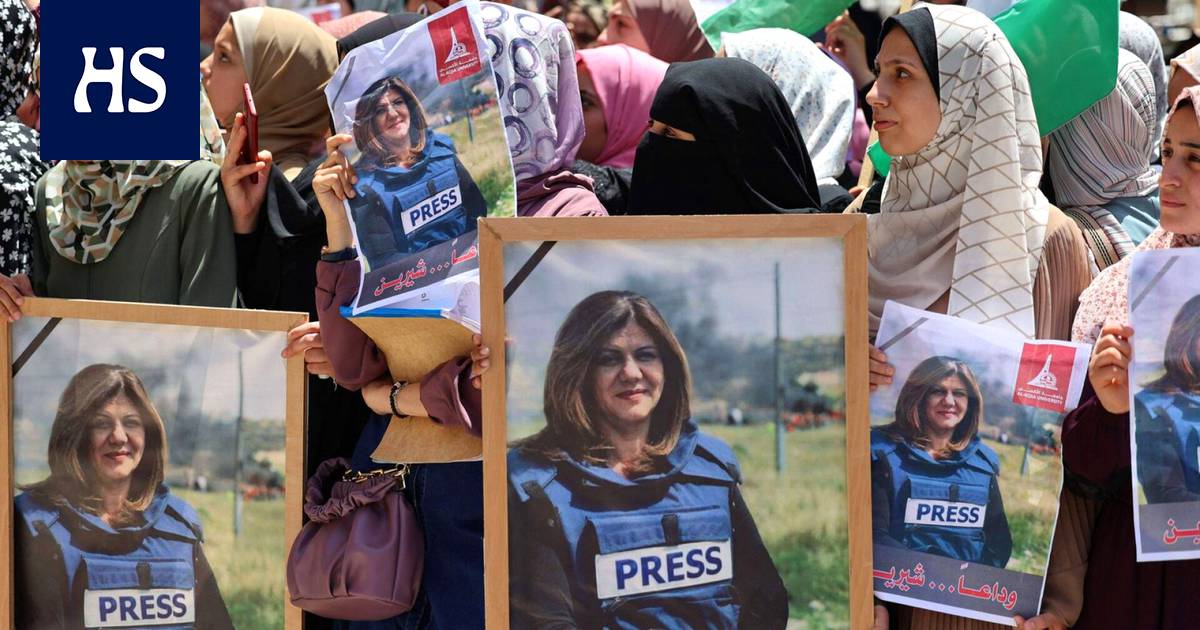 Journalist Shireen Abu Akleh died in an Israeli raid on Jenin in the West Bank.

Palestinians refused to investigate a well-known journalist of Al-Jazeera Shireen Abu Aklehin death together with Israel.

Abu Akleh died in an Israeli raid on Yenin in the West Bank. Israel publicly appealed to the Palestinian Authority to hand over the death bullet to Israel and to investigate the death of Abu Akhech together with Israel. Both sides have accused each other of killing a journalist.

According to eyewitnesses, Abu Akleh wore a bulletproof vest and a helmet with international press emblems at the time of his death, from which he could be identified as a journalist.

“We conduct the investigation completely independently,” he said Hussein al-Sheikh about the Palestinian Authority on Twitter, according to AFP.

“We will report the results to his family, the United States, Qatar and all the authorities and the public. All the facts, the evidence and the eyewitnesses confirm that he was murdered by Israeli special forces, ”al-Sheikh wrote.

An autopsy and forensic examination was conducted in Nablus in the West Bank hours after his death, but the results have not been made public.

Thousands of Palestinians attended a commemoration of Abu Aklah in the West Bank on Thursday. His funeral will be held on Friday in East Jerusalem, where he was born.