“The Hero’s Path” by Tim Parks: A Wandering Through Italy 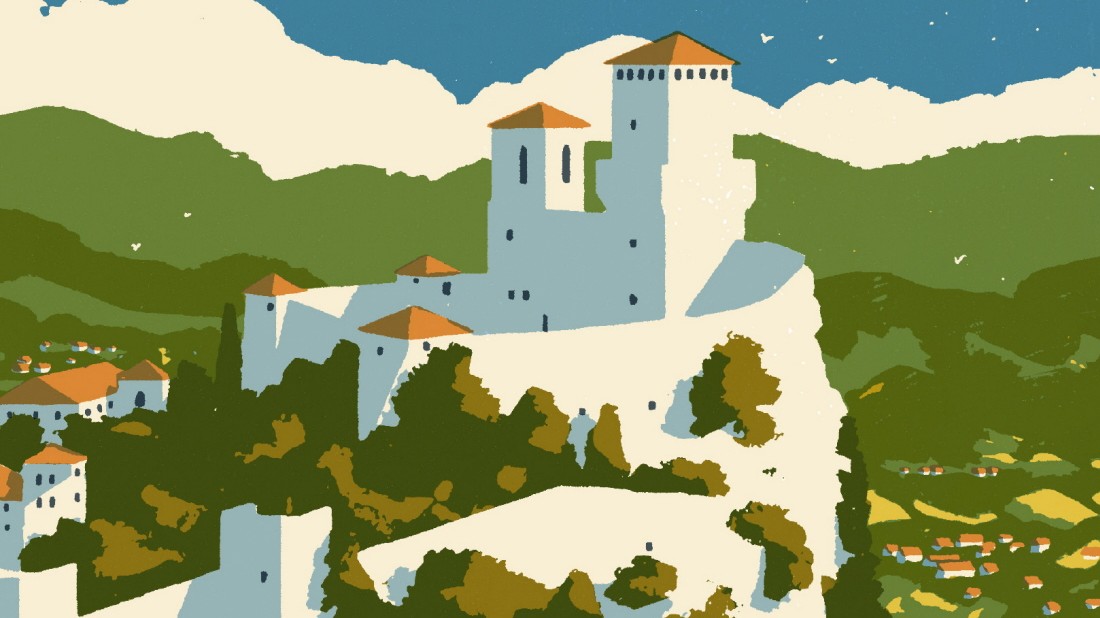 Why do you do something like this? A 400-mile march in the August heat from Rome to Ravenna, between crash barriers and expressways, chased by dogs, scratched by the undergrowth, following in the footsteps of a long-dead commander? Is it historical interest, the joy of a challenge, stubbornness? Or does 67-year-old Tim Parks just want to impress his much younger fellow hiker? A little bit of everything.

But maybe the motives are not so important. In any case, you won’t put Park’s book “The Hero’s Path” down until he and Eleonora have arrived on the Adriatic after a hike that is as exciting as it is full of privation – always following the footsteps of Guiseppe Garibaldi, right down to the source, who walked the same path more than 150 years ago fleeing imperial and papal troops who wanted to prevent him from uniting Italy.

Garibaldi was obsessed with the idea of ​​freedom. Parks is obsessed with Garibaldi, which is probably why the battle descriptions turned out to be a bit lengthy. The book’s strength, however, lies in the empathy it arouses – both with Garibaldi, who is plagued by malaria and rheumatism, and his pregnant wife, who does not survive the march; as well as with the Garibaldi fan and his girlfriend, who luckily arrive safely. Eleonora is pitifully asked how old Parks is as the author, dehydrated and overheated, sinks into a café chair. Happiness has to be worked for hard, he writes, and starting a new life also means risk and struggle. The two gave up their jobs to escape a dull everyday life. Do you start such an adventure because you have lost the fight against everyday life?

Garibaldi and his entourage had less abstract reasons in 1849, having lost a war and fearing bullets and imprisonment. The enemies of the modern hiker, on the other hand, are concrete, asphalt and traffic. Although there are no longer any borders in Italy as in Garibaldi’s time, the hero has achieved what he wanted. “Nevertheless, we can no longer walk freely through the country, at least not safely,” Parks complains. “At least not around Rome.”

Walking becomes more pleasant the further they leave the Moloch behind them, but Parks and Eleonora do not mutate into pleasure hikers. The rewards, sometimes a lemonade in the shade, a morning buzzing with bees on a country lane, seem modest compared to the hardships in the midday sun. It’s about enduring, arriving, the connection to the country – the reward is of a metaphysical nature.

British expat Tim Parks has become a fixture in Italian cultural life. His football book about Hellas Verona made him famous. The “Hero’s Path” goes one step further, you learn more about Italy than in some history books or travel guides: about the austere charm of Lazio and the authenticity of the Marche, in contrast to the tourist theme park of Tuscany. About dying villages and the perseverance of the last inhabitants. You can feel the love growing, not only between pedestrians and the earth, but also within this two-person army: “I would immediately admit to being a tyrant,” writes Parks, “if she only complained. But this does not she.”

The path becomes a home for him and Eleonora. How much they notice on the overcrowded trains on the return journey, “in the purgatory of public space,” where, as the author laments, one only waits for one thing: “to finally be released back into the freedom of one’s private life.”

One thought on ““The Hero’s Path” by Tim Parks: A Wandering Through Italy”