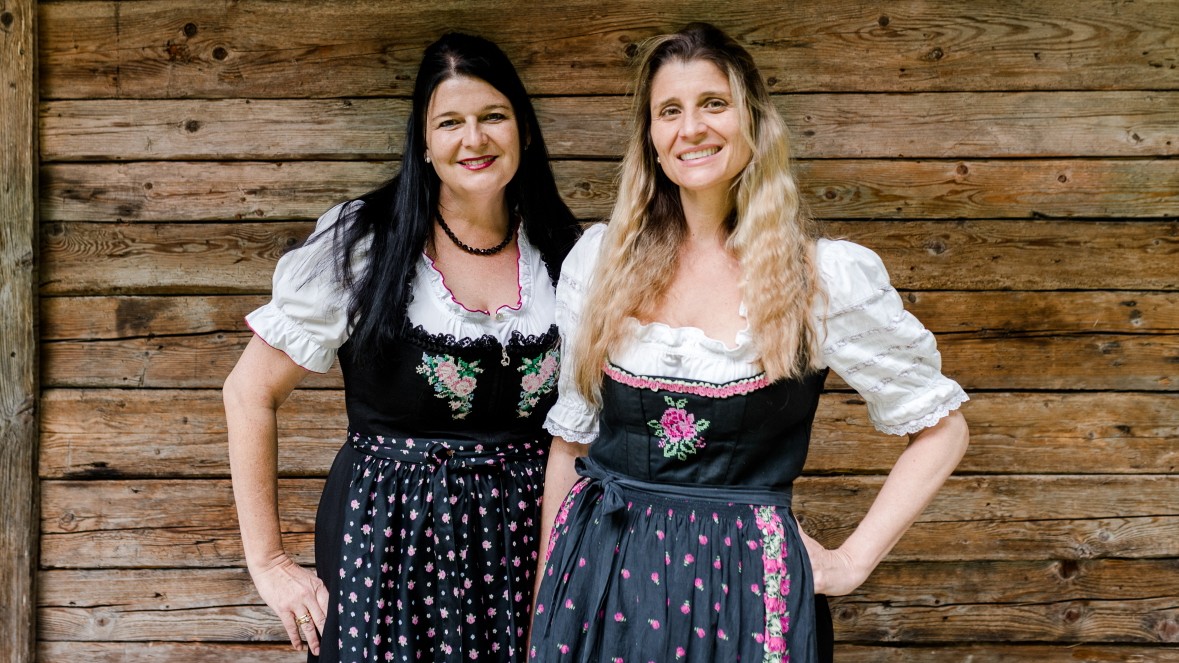 The weather also plays into the hands of the two sisters. The first days of May in the Eng were still rainy. But meanwhile it is spring-like warm in the Tyrolean valley, which is only accessible to hikers from Bavaria. The valley floor at an altitude of 1200 meters has long been free of snow, the characteristic maple trees are beginning to sprout. This year, the pandemic also allows the season to start on time. And Carina Pfurtscheller-Kofler and Melanie Schwarzenberger also finished the renovation of their hotel in time.

The Alpengasthof has been there since 1905, located just before the end of the valley, at the end of the toll road. Pfurtscheller-Kofler and Schwarzenberger are the fourth generation of the Koflers to run the house. “But the name Alpengasthof,” says her mother Margit Kofler, who joins the conversation in the tavern, “that’s just not up to date anymore.” The rooms weren’t necessarily there anymore.

Since 2018 the house has been called Alpengasthof und Naturhotel” is only in the subtitle. Certain articles in hotel names are currently spreading in the Alps like otherwise only chalet villages. In this case, the “i” consists of two red lines, which, according to Carina Pfurtscheller-Kofler, does not stand for the two sisters, but with the white space in between for the Austrian flag. The I dot is a maple leaf. The Great Ahornboden with two and a half thousand mostly very old maple trees makes the Eng well known beyond the borders of Tyrol and Bavaria.

The owners have succeeded in adapting the tradition of their house to the needs of today’s guests. This includes the new name, which not only transports an image following a trend, but also manages the feat of equating the hotel with the entire valley. For many people who drive to the Eng, these things have belonged together for decades anyway: a stop at the Koflers after a hike through the Karwendel Nature Park or at least a stroll through the associated shop that sells bacon, cheese, honey, souvenirs and traditional items will.

The dominant alpine style can also be found here: lots of wood and glass, clear contours

But day-trippers are not the main clientele, especially the number of bus trips to the Eng has decreased noticeably over the years, says Carina Pfurtscheller-Kofler: The focus is clearly on overnight guests, most of whom buck the trend for “a week or even longer stay in the house”.

She and Melanie Schwarzenberger renovated the rooms over two winters, the first ones were finished in 2018, now the others are: lots of wood and glass, clear contours. Away from the traditional geranium balcony cosiness to a consciously designed cosiness, which can also be found in the newly designed vital area with sauna and steam bath – the currently dominant style in the Alpine region.

You may find that interchangeable, but it is tasteful. And something else is unmistakable in “Die Eng” anyway: namely the family atmosphere. Pfurtscheller-Kofler and Schwarzenberger take care of a lot themselves, constantly looking for contact with their guests – you can’t escape their warmth. In addition, a number of employees have been in the house for years, and the senior manager still guides holidaymakers through the Karwendel. Incidentally, guests can arrive by public transport: the train journey from Munich to Lenggries takes 70 minutes. From there, the Eng mountain bus runs two times a day on weekdays and seven times a day on weekends, taking another hour to get right to the hotel.