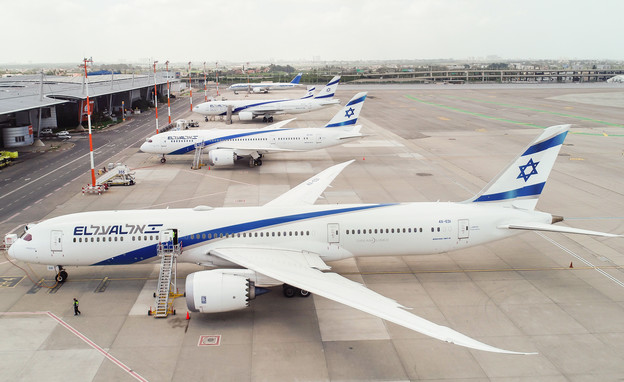 The mess at El Al does not stop. After a number of flights to destinations such as Dubai, Venice, Vienna, Munich, Tbilisi and Rome were canceled in the last few days (return flights were also canceled in some destinations), leading to thousands of unanswered passengers, more flights may be canceled in the coming days.These cancellations, on the grounds of “operational reasons”, began about two weeks ago, and stem from sanctions by the company’s pilots that require the improvement of their wage conditions. Thus, while the company is trying to get back to routine and put as many flights on the board as possible, it seems they did not take into account the pilots’ committee, which is considered one of the strongest in the company, which makes muscle and without it the flights do not work.

Following the current wave of flight cancellations, which caused millions of shekels in damage to the company (including a request for approval of a class action lawsuit filed against the company), the new CEO, Dina Ben Tal-Genensia, sent an urgent letter to the pilots’ committee demanding cancellation of flights. She asked to sit down for negotiations in an attempt to reach an understanding.

Ben Tal-Genensia noted in her letter that the company is gradually working to train pilots and captains and has issued a tender and hundreds of hours of simulators have been ordered around the world to return pilots to training. “The company has sold tens of thousands of airline tickets to the general public for flights intended for 777 ‘(‘ Boeing ‘) aircraft … To the disappointment and astonishment of all flights planned for training procedures so far have not been implemented due to loss of activity and non-arrival (except for one flight operated by a manager Navy and Chief Pilot) “.

According to her, the pilots rejected her outreach and also offers to try and produce solutions and have a dialogue with the Histadrut were rejected by them. “… We expect that the flight schedule must be in full order without any disruptions, including with regard to the return to fitness of 777 pilots and pilots immediately, which does not suffer a delay according to the needs of the company.”

The company’s workers ‘committee also joined the celebration and attacked the pilots’ conduct, warning that the company could be badly damaged because of them and that they only look at themselves and do not understand the size of the hour. “If the pilots continue to cancel flights the company will collapse,” a company official warned. “Thousands of workers have been laid off because of the corona.

The letter caused a great deal of anger and anger among the pilots’ committee that came out against the CEO, claiming that their salaries were significantly lower than those of OECD pilots. .

“We earn half of what each pilot earns, about $ 138 an hour. You will not find pilots in Europe or North America who earn less than $ 250 an hour on a 787 ‘plane,” the pilots claim. According to them, in some US airlines the prices reach $ 380 per hour.

In addition, the pilots are outraged that they have not been represented as a committee recognized by the Histadrut and place the responsibility for canceling the flights on the management of a company that did not bother to enter into negotiations with them regarding improved pay conditions. They also claim that they are being shamed and made into a scapegoat.

According to them, a pilot who flies 300 passengers should earn a decent and fair salary, while a crane in the port earns several times more than them. “Even during these hours the pilots do above and beyond in order to remove the flight schedule that was planned negligently, in order not to further harm the company’s customer base,” the pilots noted. “They say we are not available for the phone. We work twice as much as any other pilot in the world but should earn only half. People should not work, cut pilots’ salaries in half (part of the recovery plan that was in the company due to the global corona crisis).”

El Al’s company responded“We apologize for the inconvenience caused to our passengers due to unexpected disruptions in the operation of the flight. El Al crews are doing everything to find alternative solutions both through another El Al flight and through flights of other companies.”