A global solution to the long queues in the field: fly with a trolley only 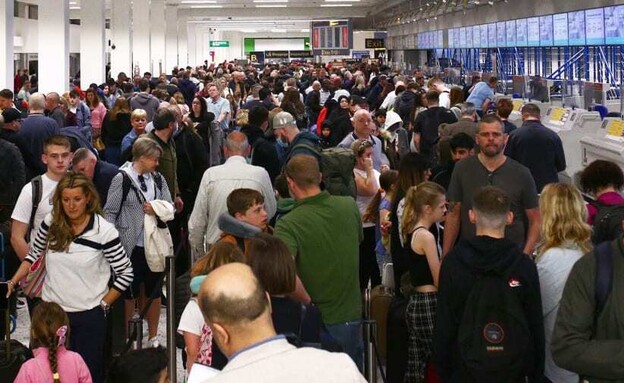 Not only here, since the corona ended, quite a few places in the world have suffered greatly from the long queues at the airport due to lack of manpower, a situation that also leads to flight cancellations and delays in getting luggage.In order to fight the problem, there are growing attempts to recruit more people, and the Netherlands has even recently announced a special program to solve the problem. In addition, one of the most important recommendations of the period, which is already resonating all over the world is: If you can, you will only fly with a small suitcase that takes you to the belly of the plane.

Thus, at Ben Gurion Airport, for example, anyone who arrives with a trolley only and checks for a flight from home can go directly to the W. Passage. In this passage there is a separate queue where you can go through the initial security check ( And then proceed directly to the checkout counters before the duty free, as there is no need to send a large suitcase at the check-in counters.

As mentioned, the solution is only suitable for those who can afford to fly with a trolley only and print the flight ticket from home, something that not all airlines allow.

The recommendation to fly only with a trolley is spreading

The person behind this request is the GMB organization, which also represents various workers in the aviation industry. “It’s one less thing to worry about,” Andy Prendergast, GMB’s national secretary, told the Daily Telegraph. “If people can check in at home and not take luggage, it will lower the load. It’s not a magic solution, but it does reduce the chance of you having problems.”