“The old printing shop” is a wine bar in Hamburg 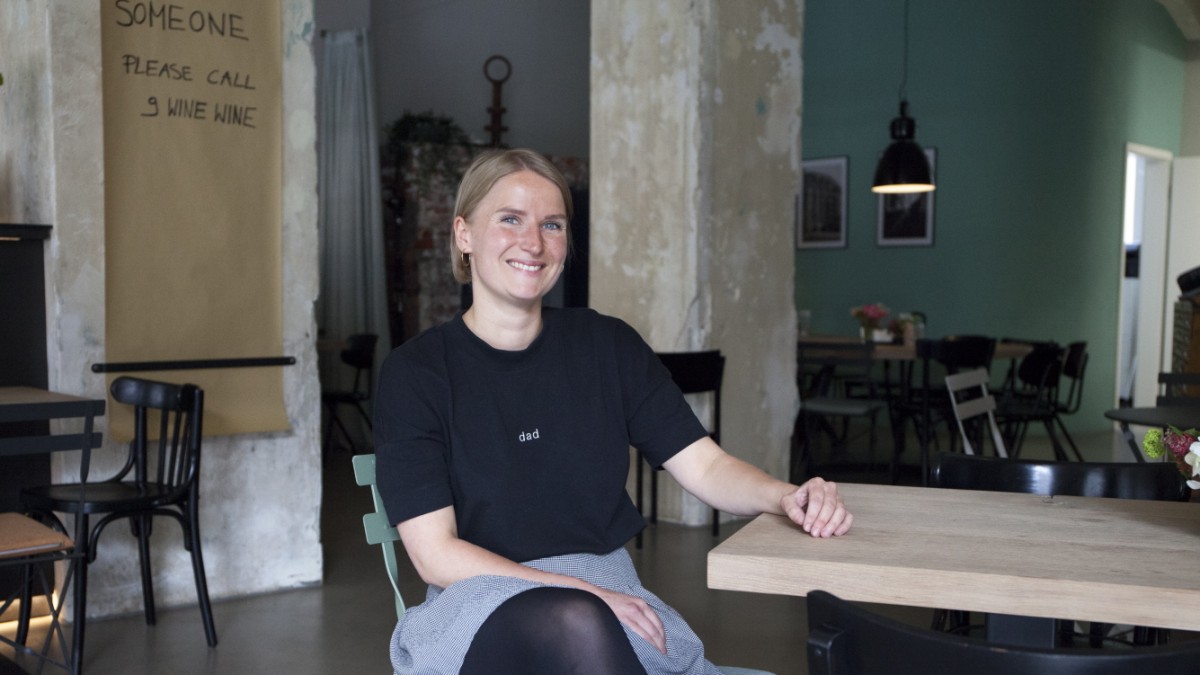 When Kauffeldt recalls her youth, she recalls the scent of paper and the din of the printing presses, because she spent a lot of time here with her siblings and was allowed to perform crafts with colored fragments and stickers. The appreciation for the past and thanks to the parents may be found throughout their wine bar. Valerie Kauffeldt dislikes the bold, thus the clues are subtle. They don’t want to impose themselves; instead, they want to be found.

There are old paint cans on a shelf in the corner, as well as a hanging strip of paper for changing mottos, in addition to the restaurant’s name and shirt impressions. The wine list is, of course, handwritten by the parents and taped to an old printing plate. Letters for hot metal typesetting were stored in an ancient wooden chest of drawers. Here are a few more examples from the past: There is a tiny safe on the first floor, and a larger one in the basement. Because a bank was the first to use the rooms.

In the midst of the pandemic, a new beginning

Converting a manufacturing company into a restaurant, especially in a historic office building, proved to be more difficult than anticipated. Despite the fact that the machines in the print shop were significantly noisier than corks popping and glasses clinking, a soundproof ceiling had to be erected and footfall noise had to be diverted. The original entrance opened inwards, new windows were needed since the exit was a few centimeters too narrow for an escape path, and wheelchair-accessible bathrooms were required. Kauffeldt collaborated on the room design with her best friend, designed the counter, and demolished the walls and wallpaper. Water and electricity had to be replaced.

“I needed the entire year of 2020 for this,” the young restaurateur adds. At the very least, the commencement date was delayed to coincide with Corona’s first year. It was only the second lockdown that made her concerned, because she was finally done, had put in a lot of effort, had been paying rent for a long time, had not received any Corona assistance, and was eager to get going.

Kauffeldt is pleased with “The Old Printing Shop,” which has been open for a year. The guests are likewise exactly what the proprietor had envisioned. “People who are like me.” In other words, the bulk of the population is between the ages of 25 and 35. They enjoy going out and socializing with their buddies. She continues, “I didn’t want it to be just people in suits coming in and neatly chatting about wine.” “I really wanted to make wine more approachable because it’s such a lovely product.”

The sound of sabers and small blackbirds

While studying hotel management at a six-month sommelier programme in South Africa, she realized her passion for it. The menu’s 110 wines are meant to pique your interest rather than scare you away. That’s why she’s got at least forty of them open, offering 0.1 and 0.2, so people can test them out and discover new flavors. She believes that wine lists are usually only for connoisseurs. That is why she discusses the wines succinctly, clearly, without using a lot of technical terminology, and in a very personal way, complete with fascinating information.

Who knew Merlot meant “small blackbird”? Maybe it’s because the grape is so dark, or maybe it’s because blackbirds adore it. Napoleon is credited with inventing the sabering of champagne, or the practice of opening a bottle with a saber. Pinot Noir is easily sunburned, Bordeaux is a blend, and Vinho Verde isn’t created from green grapes, although it does come from a green location.

The odd categorizations were meant to be amusing, but they work. If you don’t have a lot of time, you can choose based on the atmosphere of the night. “Ladies Night,” “Deep Talk,” and “Easy to drink” are all options. “The guest buying a Pinot Gris,” Kauffeldt says he wants to avoid at all costs. That would not only be uninteresting, but it would also be out of place in a space that used to be filled with paint and colored paper.