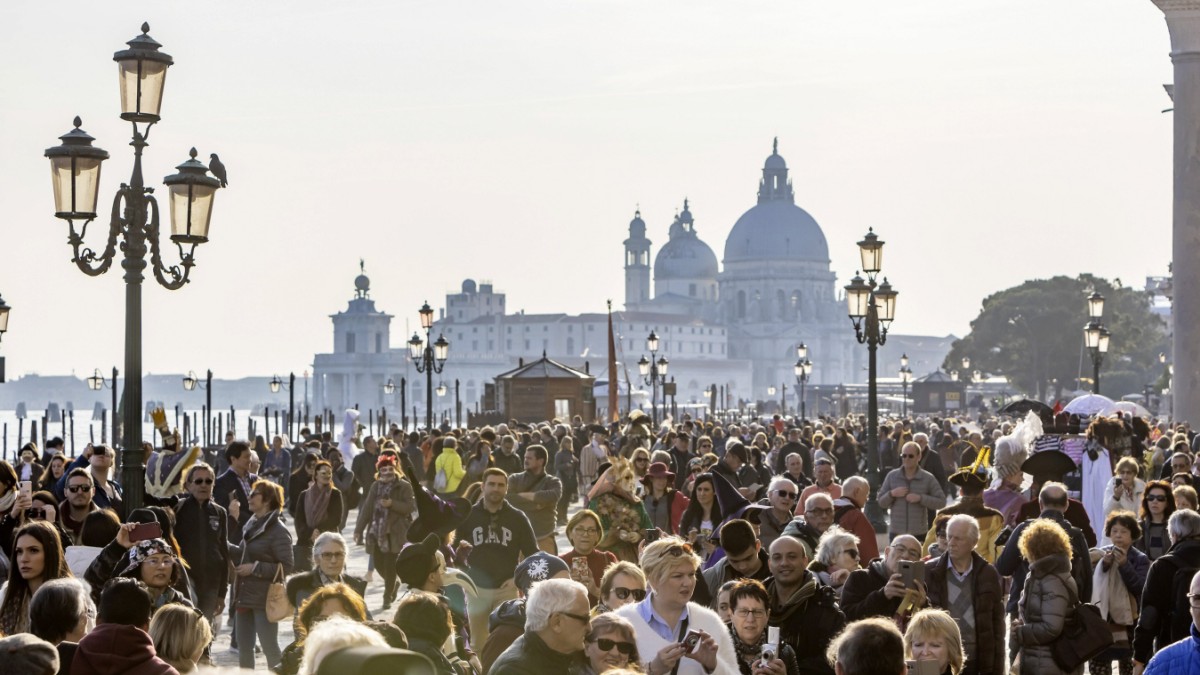 They say Germans love Italians but don’t respect them. And vice versa, the Italians respect the Germans, but do not love them. It doesn’t matter what you think of such kitchen wisdom: In addition to the food, her sense of design and taking everything a little easier, we definitely admire her for the art of improvisation. Planning well in advance, well, that’s more the Germans’ ability, while in Italy, when the going gets tough, you can find a sometimes unconventional solution to the problem within a short time and with a lot of public spirit.

But enough of the clichés. Because things start to move, old certainties are shaken, things that were thought possible don’t happen. And in a city that, taken by itself, is an impossibility that has become reality: Venice. Almost everyone on earth wants (and should) see this stony work of art in the water of the lagoon at least once in their life. That’s why the city is visited by more than 100,000 guests on many days, which, as you can guess, doesn’t do it any good in the long run.

In order to curb this “Fuggi e Mordi” (run and bite) tourism, there have been discussions for more than 30 years on how to restrict access to the city. And for 30 years full of announcements, nothing has happened. Until July 1, 2022.

On that day, the city administration announced that it had now decided to charge entrance fees for the Serenissima from January 16, 2023, between three and ten euros, depending on the crowds. In addition, day visitors must register so that the city can see how many people want to come in. According to the responsible city council, the aim is not to cash in, but to create a balance between the interests of residents, overnight guests and day visitors.

So far the plan. Now, of course, the brokers will ask: Admission to a city, how is that supposed to be controlled? And will there be a daily maximum after which the city will be closed down? And who is put off by three to ten euros when a cappuccino on St. Mark’s Square costs eight euros?

Such details still have to be fixed, the city council lets it be known and adds that they are aware that not everything will run smoothly from the start, but that everything will be improved. Ah, there it is again, the genius of improvisation!