Chaos in the sky: the blow of flight cancellations at world airports 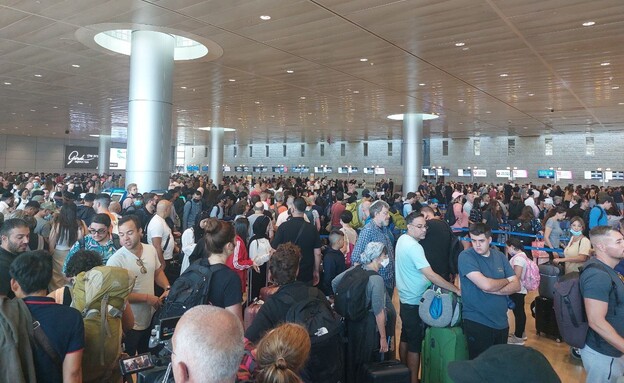 Airlines are stuck between a rock and a hard place. They and the airports have dropped the token – this is not the way to proceed. Yesterday (Monday) 61 flights were canceled at Heathrow Airport in London. They were not canceled at the initiative of the companies, but at the initiative of the airport. This is one of 18 flights that took off that day. Similar to Israel, there are heavy loads in London at the airport – where people waited more than two hours for their luggage.

A continuing blow to flight cancellations

In first place in the number of cancellations: easyJet

Airlines are also experiencing difficulties, with a huge shortage of manpower. A study examined which airline canceled the most flights to Europe in the first two weeks of July. At the top of the list is easyJet, with 1,394 canceled flights. This is 5% of all flights planned by the company. In second place is Turkish Airlines, with 399 flights canceled in total. Immediately after it is on the list Wizz, which has canceled 86 flights in the last two weeks, and United with 30 flights.