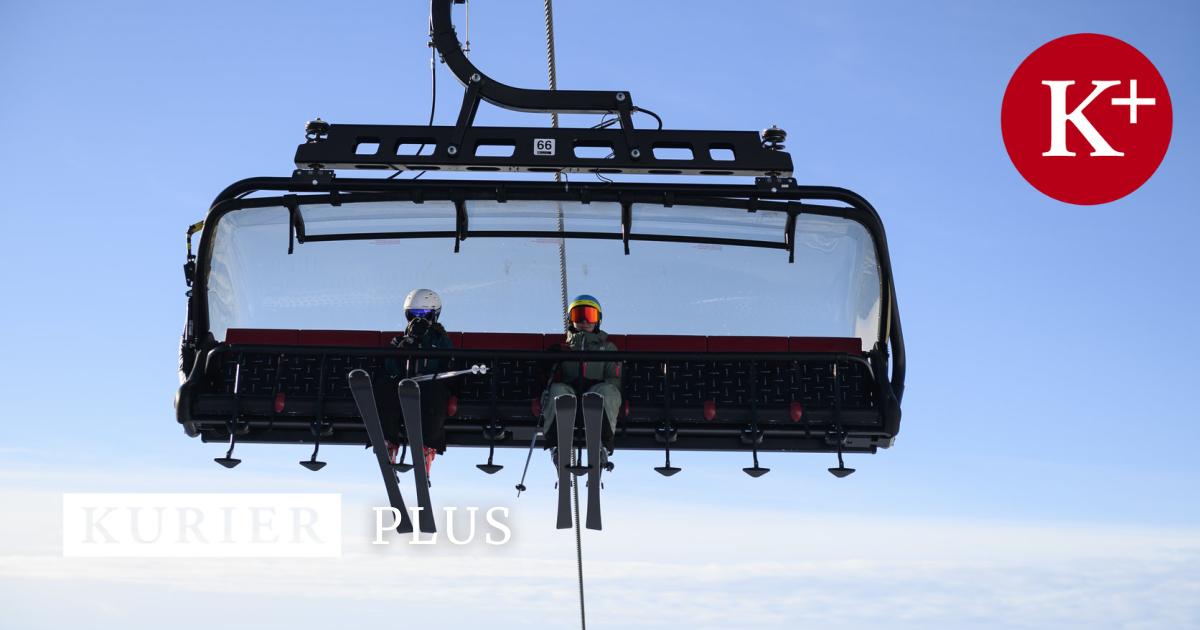 Rising prices and the climate crisis are clouding the mood on the mountain. How skiing will continue in Austria.

Toni Sauper is deeply relaxed. In fact, the downfall of his industry is currently being prophesied. Nevertheless, the mountain and ski guide with a three-day beard and Carinthian dialect is not worried. He’s booked better than ever, he says. Not only from vacationers, but also from locals. And that at daily rates of 450 euros.

The ski season has just started in Austria. Ski areas like Ischgl and Obertauern put the lifts into operation last week. Saalbach-Hinterglemm and St. Anton will follow in the coming days. After the warmest October since measurements began, an Italian low recently caused the first layers of snow to fall in the Alps.

But the long-term trend is of course different: The snow is becoming less and less due to global warming. And because of rising energy costs, the prices for lift tickets have also skyrocketed. On average by eight percent. So why doesn’t Toni Sauper melt away the basis of the business? “I find it bizarre that winter tourism is always reduced to skiing. Skiing is not the main motivation. People want to get out of the foggy soup in the valley and up the mountain. They want sun, blue skies, fresh air. With or without skis.”

Toni Sauper has just come from Kitzbühel, a region he knows like the proverbial back of his hand. Also because he is the nephew of Balthasar Hauser, the legendary Stanglwirt. And built up the Kitzbühel Country Club with his cousin Richard Hauser. An elite club that you can only join by invitation and after paying a few thousand euros – if a committee agrees.

The man with the tanned skin and always in a good mood is not just an earthy mountaineer. Born into a family of hoteliers and raised at the foot of the Großglockner, he later worked as a destination manager, i.e. as a marketer of tourist areas. So he knows all facets of the industry. From the postcard idyll on the mountain to the quarrels behind the scenes of the tourism industry. Toni Sauper now prefers to be somewhere in a hut without cell phone reception. And at some societies today he gets up and leaves. This is what happened when a former top politician and his entourage invaded a refuge on the Großglockner. “I’ll lie down in bed and plug my ears.”

But not a popular sport

The Hoteliers’ Association confirms the impression of consistently high demand. One is well booked – especially in the period from December to mid-January. Although the guests stay shorter, in some hotels the stay is also 20 percent more expensive.

Even if the love for the mountains remains, the number of people who go skiing in Austria is decreasing. Not least because fewer and fewer schools are offering ski courses. Not even 40 percent of Austrians ski. In the 1990s, the rate was 60 percent. But it was never a popular sport, experts say. Winter vacation has always been a privilege of higher earners. And it will probably be even more so in the future. In addition, the image of skiing has suffered massively in recent years. This has less to do with the mismanagement at the beginning of the pandemic in some ski areas than with its reputation as an energy guzzler and environmental destroyer – exacerbated by rising temperatures and less and less snowfall. Compensate if you can. After all, 70 percent of the ski slopes can be artificially snowed, up to 30,000 snow cannons are in use.

Others had to limit operations, such as St. Corona am Wechsel. Or are only open a few days a year, like the Unterberg in Lower Austria. In the future, this will threaten even more, especially lower-lying ski areas. Many are therefore converting the infrastructure to summer tourism so that instead of skiing you can hike and mountain bike in the future. For example the Loser in Altaussee, the valley station is only 800 meters there.

Despite the image problems of the cable cars and less enthusiasm for skiing: Toni Sauper also sees the next generation on the mountain as secure. He believes that those children who are not learning to ski now would want to be on the mountain just as much in 20 years’ time. “Whatever they’re going to do up there in the sun. Maybe a sport that we don’t even know about today,” says the mountain guide.

This is simply due to the fascination of the mountains. It’s about the feeling of grandeur. “You want to be up there and look down. Maybe it’s some kind of primal instinct.”

In any case, the Austrian cable cars are currently trying to correct their image. “We are not wasters of energy,” said cable car boss Franz Hörl last week at a press conference. And indeed, many things have to be seen in relation. The power consumption of all cable cars is 1.2 percent of the total domestic power requirement – including technical snowmaking. In order to reduce energy consumption, they want to reduce station lighting and night skiing this year and switch off seat heaters. The cable car speed could also be reduced from 5 to 6 to 4 to 4.5 meters per second at midday or in the early afternoon. And: They want to promote the construction of wind turbines in the mountains.

Mountain guide Sauper can also see something positive about mass tourism in the mountains. This channels the flow of visitors and prevents people from spreading uncontrolled in nature and destroying it. Seen in this way, Ischgl is a prime example of how to entertain customers 24 hours a day in the smallest of spaces. “Anyone who reduces Ischgl to après-ski has not understood the area,” he says. It’s more of a Disneyland in the Alps. Whether skiing, in the hotel or at the party. “Here again the motive is to want to be there.” At any price, as the development of the destination shows. The fact that winter sports resorts without a well-known name cannot play along is another matter.

However, it is not that simple. Some experts even believe that smaller-scale offers are better for nature because they distribute the one-sided pressure on ecosystems. The leveling of the snow groomers seals the ground, for example. Floods and landslides are the result. Water collected for the snow cannons in reservoirs is not available elsewhere. And wild animals are pushed back, which costs them valuable energy reserves in winter.

But: “People are pack animals,” observes Toni Sauper. Even when ski touring. Even if nowadays everyone seems to dream of solitude in untouched nature, they would quickly get scared when they are really alone in nature. “They follow in the footsteps of others on the way up, it’s human nature.”