Love in the air: Hop on to rest and eat in Paphos 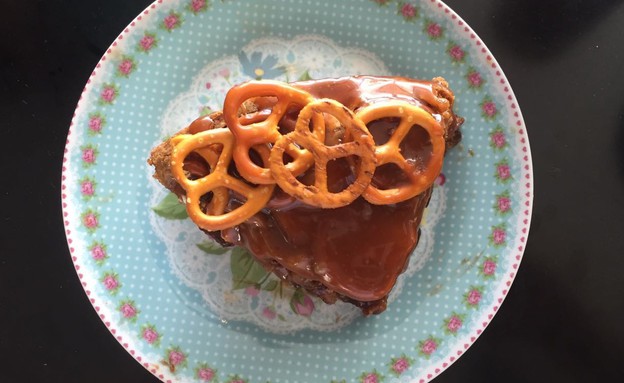 In recent years, it seems that Cyprus has become, in the eyes of Israeli vacationers, their favorite summer destination. Feels like the small island is regaining relevance and attractiveness, perhaps because of the particularly cheap low-cost flights that sometimes stand at a few tens of euros, and mainly because of names like Paphos – a promising destination that also holds.Paphos is a coastal city located in the southwest of the island of Cyprus. It is divided into an upper city (Anopafos) and a lower city (Kato Pafos), where the tourist attractions and archeological sites are mostly recently, and has an ancient and impressive port along which are cafes and taverns, used as a small marina and a gathering place for fishermen. Right in this area, according to legend, the goddess of love and beauty, Aphrodite, was born from the foam of the waves, who today contributes well to branding the city as magical and romantic. The cuisine in the city is influenced in accordance with the beloved and well-known Greek cuisine: you will find taverns here that serve soufflé, stipado and mosca properly, usually after a first course of the national dish: the excellent halloumi cheese.

Where to eat in Paphos?

Souffle (souvla) In the Honduran Tavern

The souffle is the Cypriot cousin of the soufflé, and here too it is, by and large, a skewer with pieces of pork or chicken – the main difference is that in the Cypriot version the pieces of meat are larger and longer lasting. An ideal place to savor this wonderful simplicity is the Honduras Restaurant, which is considered the oldest tavern in the city. It was founded in 1953 by a man named Georgios, also known as the “fat man” – Hondros – and even then engraved on its banner to preserve the traditional Cypriot spirit of the tavern in authentic family hospitality. The aromatic souffle aromas are recommended to be scented in the restaurant garden, where an old stone oven is placed on which the skewers are roasted in front of the diners, often accompanied by bouzouki sounds and live Greek music. Do not give up a first course of fresh tzatziki and bread baked on the spot.

Shaftalia is one of the flagship dishes of the local cuisine. It is actually a lamb sausage produced on the spot, and is usually served in a pita, loaf or plate, just like shawarma, so it is also known as a ‘Cypriot gyros’. The grill restaurant ‘The Three Pigs’ is not to be missed, thanks to its beautiful and white size and design, and the large Three Pigs logo. The restaurant is located on King’s Avenue in the center of Paphos, not far from the famous Kings Avenue Mall. This is the perfect place to ‘open a table’ in Paphos, and it offers a variety of sumptuous and large grilled dishes, endless salads and a good atmosphere.

כתובת: 14 Tombs of the Kings Road

The idea of ​​Israeli mazets is well known and loved, and in Cyprus it is especially recommended to go for this rich and pampering serving style. The small starters that flow to the table and offer a variety of salads and flavors are really a cultural interest here, and you can enjoy them almost anywhere you sit. A great option is this tavern, which was established more than twenty years ago by the pair of Cypriot food lovers George Valara and is known for its excellent and organic Mezze dishes. Do not look for a menu, because the idea is a bit different: the waiters just take out the rich mazat bar On a seasonal basis flowing to the table non-stop until diners are seventy.Cabbage and tomato spreads, eggplant salads, tomatoes, carrots and beets, and duck, poultry and rabbit meat are just some of what awaits you there (and mostly also grown there). And in the traditional Zivania drink, which is an alcoholic beverage, a kind of grappa, with a high percentage of alcohol made from the skins and grape pits, which is usually drunk in small glasses, and do not miss the famous apple crumble either.

The most traditional dish can and should be eaten in a restaurant that challenges the tradition, such as that of the young chef Dmitry Nikolaou. The restaurant, which is considered a “sophisticated tavern”, offers a local-neighborhood atmosphere and classic Cypriot dishes with modern upgrades. It is located in the Old Town area, which in recent years has become particularly young and cool, and is decorated in a trendy vintage style accordingly. The halloumi dish – a local cheese made from goat or sheep milk – is served here baked in the oven in a sweet onion jam sauce. Are you sneezing already?

Barbony on the grill in Suite 48

Eating fish by the sea may not be a particularly groundbreaking recommendation, but in Paphos it must be implemented, especially in places like this super-photogenic and tagged restaurant-bar. Behind Suite 48 stands Rudy Demiles, a well-known celeb chef who came to Cyprus from South Africa 15 years ago and has been living and cooking there ever since. The fish dishes in this beautiful and popular place are recommended to be accompanied by happy cocktails and prolonged staring at the perfect view, and when the atmosphere warms up you can also tear up the expanse.

Blondes at Let Them Eat Cake

The sentence attributed to Marie Antoinette and giving this charming patisserie its name gets a pretty simple interpretation here: Cakes can and should be eaten everywhere. This specific place also offers a food menu, but the main attraction to it is thanks to the quality pastries and the spectacular showcases. The Cypriots, who recently received the brunch craze on a personal import from Europe, love to make it in this sweet cafe that offers a beautiful garden and changing art exhibits. The blondes squares – a white brownie with layers of milk jam and a salty pretzel on top, is especially in demand, and it’s not hard to understand why.