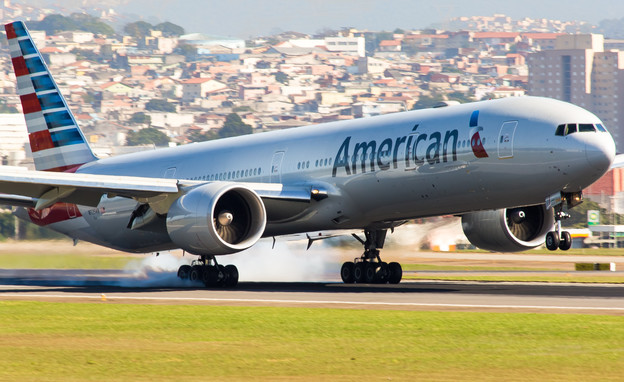 An elderly Jewish couple from the United States were taken off the flight because they refused to place the tefillin and tassel kits under the chair, on the grounds that they were sacred items. They are now claiming compensation from American Airlines.

The unusual case occurred in August this year. Flight 322 from Miami to New York. The couple Roberto (76) and Elena (71) Birman were on their way from Miami to their home in Brooklyn, New York.

According to them, one of the flight attendants insisted that they place the tefillin and tassel kits under their seats and not hold them during the flight. According to them, the flight attendant began to check the upper compartments before takeoff, pulled the tallit bag out of the compartment and asked, “Whose is it?”. When Roberto said the belongings belonged to him, she allegedly threw the bag on his lap and said he must get under his seat.

“The flight attendant insisted that we place the holster under the seat, we explained to her that it was a sacred object and that it would harm his sanctity but she insisted,” husband Roberto recalled in a lawsuit filed by him and his wife against the airline. “I told her I was an Orthodox Jew who should not put such a thing on the floor but she screamed at me and said it did not matter,” he said.

His wife Elena added: “I told the flight attendant it’s like throwing a cross on the floor. The saddest thing is that none of the passengers came to our aid, said nothing. It was embarrassing. What are we criminals? My husband is devastated by this whole story.”

The company’s Daily and the pilot decided to get the couple off the plane. According to them, they violated flight instructions.

“I did not believe it was happening to me in America,” Roberto said, noting, “We use these items every day to pray.”

The couple said in the lawsuit they filed against the airline that they were left without medication, food or a place to sleep, and were forced to take a taxi to a friend’s house in Miami to sleep.

The couple are claiming compensation for the psychological damage caused to them and the harm to their Judaism and for being thrown out of the flight rudely.

“The behavior of the pilot and flight attendant was abusive. What happened was illogical,” the couple argued, “what they did to us was disproportionate.”

A spokesman for American Airlines said the airline is considering the lawsuit.