“People ran and shouted”: shooting at tourists on the coast of Cancun 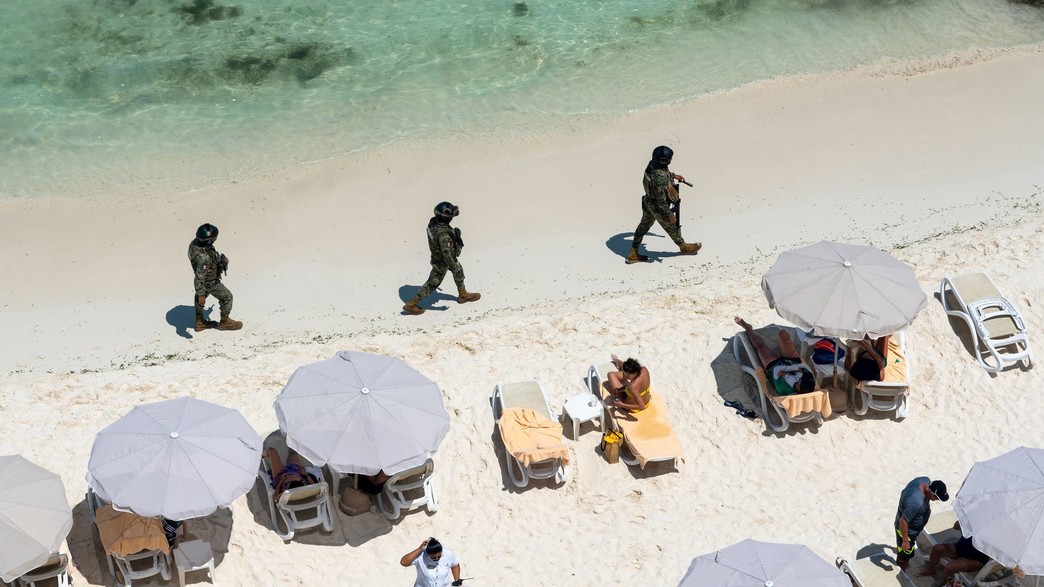 Tourists bathing in Cancun’s beach were forced to flee for their lives and take cover after gunmen on jet skis began firing at the beach. The latest incident is the latest addition to a string of shootings between regional gangs. Following the attacks, National Guard fighters were stationed at the scene

Tourists wanted to take shelter after a shooting incident near a beach at a Mexican resort in Cancun. The incident, which took place on Tuesday, took place in the area defined as “family-friendly”, at the “Oasis Palm” resort, where many tourists from all over the world vacation.

According to reports from the scene, five men were seen wearing military uniforms and riding jet skis near the beach. The suspects started firing in the air, and after fleeing the vacationers, the shooters changed into uniforms and took off.

Lucio Hernandez Gutierrez, the police chief of the coastal state of Quintana Roo, said the attackers on the jet skis were found and apprehended.

Rick Labasa, an American tourist who witnessed the attack, said two or three gunmen appeared to be firing guns, but not in the direction of the beach. “There were two guys and maybe even a third, who came on jet skis, and what I saw was them firing into the sky,” Labesa said. “I did not see any shots coming in towards the shoreline.” Labasa said this was the first incident of its kind he had seen. “I’m not too worried because this is the first time we’ve ever witnessed such a case,” Labasa said. “We’re been down for 31 years and we’ve never had any problems.”

Zane Jones, also an American tourist, heard the shooting from his hotel room while his wife and children were at the pool on the beach. “I ran to the porch to tell them to go down and get down the hall and look for shelter,” Jones told the television station. “There was panic at the resort, people ran and shouted. Luckily no one was hurt, but it could have ended differently. Just not feeling good that your kids are here,” he said.

Two other tourists, Andy Gehrich and Kerry Arms, said they heard a lot of shots and took cover. “We just had to run away fast,” they said, adding, “There was a late response for maybe five seconds, and then everyone started running and screaming and crying and running,” Armes said.

According to reports from the AP news agency, a shooting at a resort on the Caribbean coast did not injure anyone. The incident comes about a month after two suspected drug dealers were killed on a beach near the resort town of Puerto Morelos, just south of Cancun, when gunmen from rival gangs held a shootout near an area of ​​hotels.

The shooting is the latest in a series of violent incidents on the beach in question at the resort, and it took place the same week a special battalion of National Guard forces was deployed to protect the area. Mexican Marines with bulletproof vests, helmets and assault rifles were seen patrolling the crowded tourist beaches of Cancun following Tuesday’s shooting.

Last October, another shooting incident took place, in which tourists were caught in a shootout between the gangs of the Mexican resort town of Tulum. Two tourists were killed in the same incident, one of whom was Instagram anchor Angeljot Ryot, 25, from California. In addition to the two killed, three tourists were also injured in the incident at a bar near the main strip of Tulum, including a pair of German men and a Dutch woman.