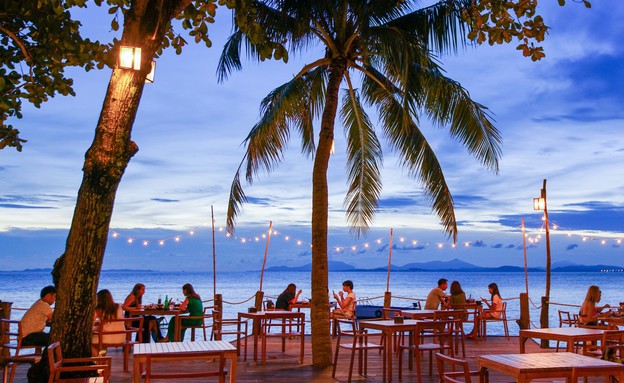 Having experienced two very difficult years in terms of tourism, Thailand is not sure it wants to bring back the same kind of visitors. Historically, to this day the country has attracted a large number of tourists, from recalcitrant backpackers to large groups of tourists with little environmental responsibility.Today, Thailand is interested in ending the “hedonistic” chapter of mass tourism in the country. This is in light of the remarks of the Thai Minister of Tourism, Pipat Rachakitprakran, who said that the focus should be on “luxury passengers, and not on large numbers of visitors.”

Unsurprisingly, the tourism industry is a major contributor to the country’s economy. Before the Corona era, tourism accounted for 18-20% of Thailand’s gross domestic product (GDP) in 2019, with nearly 40 million foreign tourists visiting the kingdom and generating about 2,000 billion baht, over $ 60 billion. Tourism is also one of the sectors The largest employment in Thailand, and it is ranked ninth in terms of the highest number of people employed in the tourism industry worldwide in 2019.

So who do you really want to see in Thailand?

The government is not looking to welcome all travelers who want to come to Thailand. Instead, they are interested in attracting the “right” tourists, in an attempt to entice wealthy investors and retirees to invest a lot of money in Thailand, often at the expense of the “cheaper” tourists with the low budget, who have been the backbone of the tourism industry in Thailand for years.

Thailand is also interested in digital nomads or employees of high-value foreign companies who want to work remotely, or highly skilled professionals who come to work as experts in selected industries.

Recently announced I feel like Similar intentions should prohibit the entry of backpackers when it reopens with an attempt to make a tourist makeover to attract tourists with higher economic capabilities. Such moves In Indonesia And in Thailand may create a tourism boom for countries like Cambodia, Where the population is approaching 80 percent in the vaccination rate, and may welcome with open arms the millions of low-budget backpackers and travelers, who are the bread and butter of Southeast Asian tourism over the years.

In light of this, many business owners are frustrated and angry that they have been abandoned by the sublime plan of the government, where prestigious and wealthy businesses can flourish, but all businesses that cater to medium and budget travelers will see almost no income. Focusing on luxury tourists will bring money to rich chains and properties, but will do little, if any, to stimulate the economy for the average Thai person or business.

Many point out that the idea that a smaller but higher quality number of tourists will not necessarily benefit the environment, the purpose for which the idea arose, since rich tourists cause much more damage to the environment with luxury accommodation and transportation, consuming much more water and resources than backpackers sharing buses and dormitories.

Luxury tourists who enjoy cocktails and meals at their resort, also invest much less money in local businesses, while low-budget travelers tend to shop at markets, dine at local restaurants, and contribute directly to small and medium-sized businesses, which were actually the ones most affected by the corona plague.

Many in the tourism industry eagerly anticipate the resurgence of the international tourism industry, but wish the Thai government would stop focusing on wealthy travelers, not necessarily beneficial to the local economy, and start focusing on creating a wider arc to attract the largest number of tourists from each demographic.

Kofifi ruined by mass tourism: the island inspired by the government plan

The new plan of the Thai government, comes after years in which the country was flooded with tens of millions of tourists who burdened it and its natural resources. In Thailand we are reminded of the photos that eventually led to the blocking of access to the famous beach of Maya bye: Multiplicity of motorboats, huge amounts of tourists, lack of regulation in the islands, when combined with global warming have led to severe environmental disaster. Maya Bay receives about 6,000 tourists a day on its narrow beach, all 250 meters long. “The number of corals has dropped by more than 60 percent in a little over 10 years,” notes Thun Tamarungenvasswat, a biologist at Castresart University in Bangkok, who in 2018 urged authorities to close part of the bay, which was damaged by the massive erosion.

Following the plague, the archipelago entered a period of “forced recovery.” Since the decline in the number of tourists, dozens of black sharks, turtles, various species of fish and even whale sharks, the world’s largest endangered fish, have been moving in the shallow water. “Everything points to greater reproduction, especially among sharks that value calm water,” Tamarongwaswat notes. As for the corals, “more than 40% of the fragments replanted in Mayan Bay have survived, a very satisfactory figure obtained due to the lack of visitors.” But healing will be slow. It will take at least two decades to rehabilitate the coral reef, the biologist warns.

While tourist areas around the world are eagerly awaiting the return of tourists, it is precisely the Thai archipelago that is healing its wounds during this period. Now, after about two years in which nature has managed to balance itself relatively, the famous Maya Bay in Kofifi, immortalized by Leonardo DiCaprio in the movie “The Beach” and forced to close in 2018 to prevent an ecological disaster, is set to reopen on January 1st.

Kofifi’s case is an inspiration to the whole kingdom. The government now wants to focus on quality versus quantity, “attracting luxury travelers, rather than large numbers of visitors.”

This approach will force local businesses to adapt to the new situation. “We need income from tourism, but we also need to educate. We all understood that with the epidemic,” said Tamarungenwaaswat, who also serves as vice president of sustainable development at the Singa estate. The group, which also owns a 200-room hotel on the Thai island of Ko Phi Phi, has built a maritime center dedicated to the archipelago’s ecosystem and is funding a number of projects such as replanting corals, encouraging the reproduction of bamboo sharks and clowns released later into the sea.

The first foreign visitors to return to the area seem pleased with this new approach. “We did not just come to dive into the turquoise waters. We also want to help,” says tourist Frank, before helping to clean up the nearby mangrove swamp. “It would be great if the island remained deserted.” But the archipelago’s 2,500 residents have seen their revenues collapse with the plague and hope to see customers return soon.

Palin Navbutter, who has been sailing in Kofifi waters for seven years and drives tourists aboard his sailboat. “Before the Corona, I earned $ 30 a day. I had to stop and do casual work for less than $ 10.” The cruise returned to the sea a short time ago, and is looking to the horizon, in the direction of the big sister Phuket which is an hour away in a fast motorboat, which welcomed millions of tourists before the crisis. “They will be back soon, everyone wants to visit Kofifi,” he says. But the new Omicron variant, which has already forced several countries to fortify itself again, could ruin its hopes. But at the same time give the marine animals some breathing space that they so desperately need.

Against the backdrop of nature’s re-emergence, Ko Phi Phi Island is slowly returning to tourism, which is still largely local – although the drastic travel restrictions of foreign visitors have recently been lifted. However, “no one wants to repeat the mistakes of the past,” promises Fermuta Kaunam, director of the national park.

Boats will not be allowed to dock near the shore, and they will drop off tourists at the pier far from the bay. Tours will be limited to an hour, with a maximum of 300 people per tour. “Maya Bay brought us about $ 60,000 a day. But that huge income can’t be compared to the natural resources we lost,” the principal notes.

The number of visitors will also be arranged at other key sites in the archipelago. Boats that want to drop anchor in the coral reefs or tourists who enjoy feeding the fish are likely to risk a $ 150 fine.