“Prohibitions on flying abroad do not help prevent the disease” 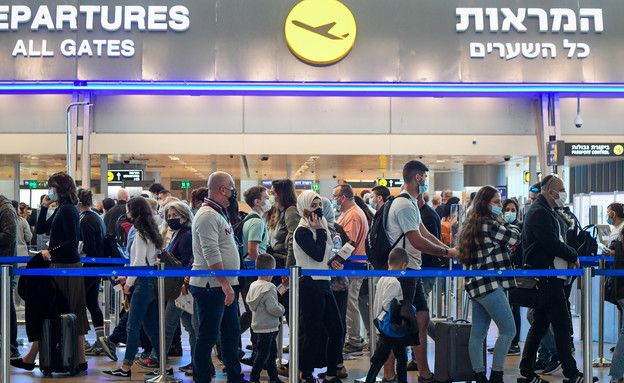 Since the Omicron variant was discovered in South Africa and reported to the World Health Organization about two weeks ago, more than 50 countries have imposed strict border controls on incoming tourists. The goal was to stop the spread of the new strain around the world, but these bans, it turns out, came too late.

The World Health Organization reports that as of today, the variant has been detected in 57 countries, including the US, Israel, Australia, Saudi Arabia, Hong Kong and many countries in Europe and of course in Africa. Earlier, for example.

For this reason, the voices of experts are increasing, arguing that restrictions on the entry into the borders of the countries of the world are no longer necessary, since the variant is already too widespread. Earlier this month, the World Health Organization stated that “sweeping travel bans will not prevent international expansion, and they place a heavy burden on life and livelihoods. In addition, they can adversely affect global health efforts during an epidemic by preventing countries from reporting and sharing epidemiological data. And I stuck to the sequence. ”

Dr Hans Klooga, Regional Director of the World Health Organization in Europe, said that “the bans on inbound flights did not work and they came too late and too little, as Omicron is already everywhere. The omicron is on the rise and we are rightly concerned and careful, “he said, adding that” vaccines, masks, ventilation and treatments are the best way to curb the corona virus – not travel restrictions. ”

Dr Catherine Smallwood, a senior emergency officer at the World Health Organization’s regional office in Europe, also added that although travel bans “may be more accessible in terms of political decision-making – they are not effective in preventing the spread of the disease”.

According to Smallwood, the Delta variant remains dominant at the moment, but that may change. “Obviously Omicron has demonstrated the ability to spread quickly in the context of the Delta, especially in encounters where the corona likes to spread anyway, such as parties, gatherings and conferences,” she said.

While scientists around the world are trying to answer the question of whether the omicron is indeed aggressive enough to cause a serious morbidity condition, many experts believe that although the variant is likely to cause a wave of infections, vaccines are still supposed to withstand severe symptoms and death.

Against this background, many countries across Africa are demanding from the world, and especially from Europe, to open their borders in light of the data. The President of South Africa, Cyril Rampoza, criticized the travel restrictions imposed after the advent of the Omaricon variant, and questioned the justification for them. “The travel ban is not supported by science, nor will it be effective in preventing the spread of this strain.”