Have you been updated on a slight change in the flight date? Hurry to check the entire order 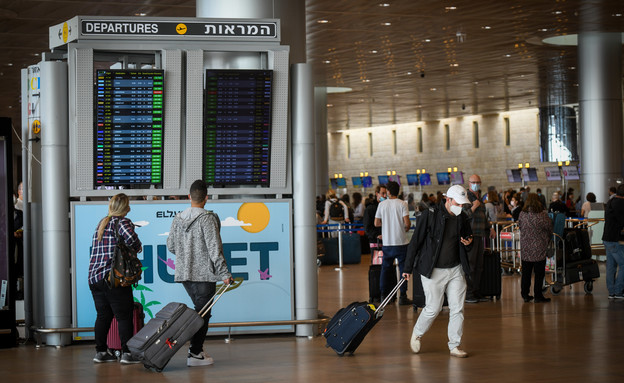 This is a situation that is not foreign to most passengers. Several days or even several hours before the flight, you receive an update notification from the airline that some change has been made to the flight. The change described is usually a change in flight hours (delay or advance) and in many cases the tendency is to absorb the information, slightly change the plans regarding the flight, and by and large move on without examining the matter in depth.

But, this may be a mistake in terms of the rest of your order details – from experience.

What operational changes will we receive an update on?

The story is simple. Most airlines have simple update systems about changes in flights, dates or other operational aspects that you may encounter. The update will arrive by SMS, email or by other means, but by and large will include a fairly limited range of possible updates:

It is important to note that the date on which these update notices are sent to us starts from the day of the order itself and lasts until the very minutes before take-off. In this context, I would also like to say that the company not only sends us update notices about changes, but also update notices about the process itself – such as an announcement that boarding has begun on our flight, so we have to make our way through the departure gate.

What will we not receive an update on?

The interesting thing is that these update messages do not always tell the whole picture and may in fact hide a more significant problem below the surface. The update notices do not include the implications of the update on the flight, booking, and other components that may be important to you in the process.

From the experience of quite a few cases, I can attest that I have received update messages that seem quite innocent, and it turned out to be a much more significant change than it seems at first glance.

And here are some examples to illustrate the point:

What is recommended to do?

In case of any changes, small or large, in your order, I highly recommend logging in to your order on the company website or app and going through all the order details in full. You must make sure that the information provided in the update matches what appears and is updated in the order, that your seats are reserved, that the meals entered still appear, and in general, that there is nothing new or different from what you requested in the first place.

If the change that took place had a negative impact on you, it does not necessarily mean that there is nothing to do. While the airline may force operational changes on you, sometimes, in some companies, on some tickets and in some situations, an operational change can allow you to change or change your flight date at no cost and even find yourself in a better position than before the change.

In addition to checking the booking itself, I recommend checking the status of other flights, the status of the airport you take off from or fly to, and see if the slight change in times is related to a more significant problem occurring in space, such as weather delays. Although it does not require that the delay be exacerbated but it still allows you to prepare in advance whether or not another delay is expected.