International aviation organizations are demanding the reopening of borders 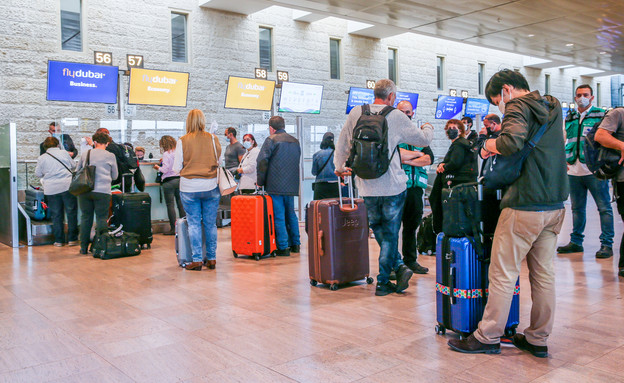 Since the Omicron variant began to spread widely in the countries of the world, governments have renewed their means of fighting the virus, such as travel bans and other restrictions, to stop the further spread of the corona. However, such measures are criticized by many organizations and authorities. Recently, the World Health Organization has called on governments to find alternative ways of fighting the corona virus and its new strains, instead of imposing other bans and restrictions.Although the restrictions were imposed in response to the recent increase in the number of infected, such measures have not been welcomed by some organizations and authorities. These call on governments to keep the borders open, to stop another devastating situation for many sectors, including the travel and tourism industry which has been deeply affected by the spread of the corona virus and its new strains.

Recently, the International Air Transport Association (IATA) called on governments to lift the travel ban and allow the air transport process to continue, despite the current increase in the number of people infected. “After almost two years of health crisis, we know a lot about the virus A journey to control its spread. But the discovery of the Omicron variant caused immediate amnesia in governments, which placed instinctive constraints in complete violation of the advice of the World Health Organization, the world expert, “said Willi Walsh, director general of the IATA.

He added: “The World Health Organization believes that sweeping travel bans will not prevent international spread, and they only burden and create a heavy burden on life and livelihoods. In addition, they can adversely affect global health efforts during an epidemic by deterring countries from reporting and sharing true data on infections. It is not conceivable that hasty decisions will create fear and uncertainty among travelers, just at a time when many are about to fly for family visits at the end of the year, or for vacations that they have honestly earned.

“If there is an overreaction, as we think there is with The omicron, There must be a way to limit the damage and get back on track. We must recognize that our understanding of diseases can grow gradually, even in a short period of time. The measures taken by governments must be constantly justified in relation to the latest and most accurate scientific knowledge, “Walsh concludes.

The ACI also called on the authorities to adopt global health certificates tailored to the tests and vaccines that are to be obtained in all countries of the world. In this regard, the council’s general manager, Luis Felipe de Oliveira, stressed that travel bans and border closures are not the solutions: “We want to be part of the solution to returning international travel safely, but we desperately need governments to coordinate and cooperate with the global aviation system. “At a recent World Conference, and governments now need to act on it,” he said.

De Oliveira went on to emphasize the value and livelihood created by the aviation and tourism sector, “Protecting the population through an approach based on proper risk management, will improve the social, health and economic circumstances for the communities we serve.”