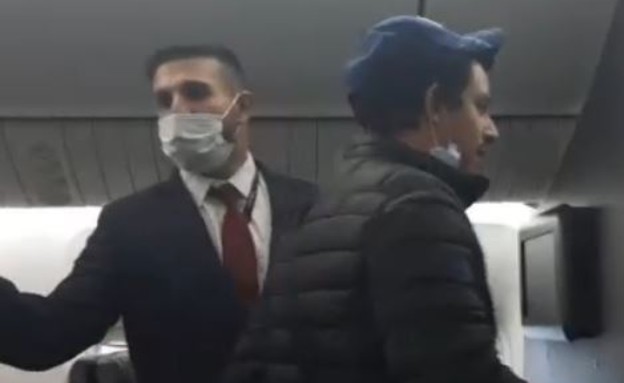 A Chabad follower from Lod was dropped off in the evening from an American Airlines flight from New York to Tel Aviv, which was forced to land in Athens, after rioting on the flight and behaving in a way that, according to the crew, endangered the lives of passengers and flight crew.

“The flight attendants asked him to sit in the seat but he took off his shoes, went with socks, did not listen to what he was told. He behaved in a very strange way,” repeated one of the passengers who was on the flight.

“There were several dozen Chabad followers on the flight. This passenger was probably drunk. We do not obey the instructions and we become a mess. “They asked him to sit down but he refused and started rioting,” the passenger added.

Another passenger added: “He walked around with a tank top and tefillin to barefoot, sleepy and bothered passengers and flight attendants.” The security personnel on the plane ordered the pilot to land in Athens and dropped off the passenger in Athens and proceeded to Israel without him.

About a month ago, another incident took place in which dozens of Chabad followers clashed with the Daily Airlines company, who allegedly prevented them from praying the inaugural prayer. Some of the passengers were detained for questioning while landing at Ben Gurion Airport.