Can Lebanon be a tourist destination? 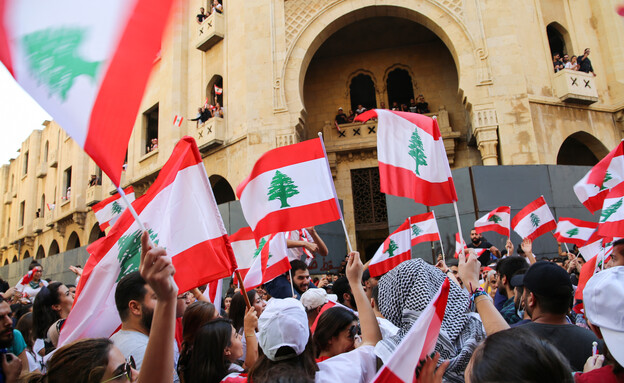 Since its independence from the French Mandate, Lebanon has experienced wars in its short life, including a brutal civil war, revolutions, assassinations, actions of terrorist organizations and massive intervention by foreign bodies. It is a country with a unique political system, which many would argue is dysfunctional. Last year, the world returned to interest in the tiny country, when a massive explosion occurred in the seaport of its capital, Beirut, causing severe destruction and many casualties. If all that is not enough, Lebanon is currently facing what is probably considered to be its most severe economic crisis ever.It is hard to imagine that Lebanon, a country that the world is beginning to define as the coveted title of “failed state”, was in the past known as “Switzerland of the Middle East”, and Beirut – “Paris of the Middle East”. With a booming economy, a French-European fragrance and the status of one of the only countries in the Middle East with an international style, it had something that attracted worldwide attention, making it an exception in the Middle Eastern landscape of those days. There is no doubt that this is one of the sad tragedies, which tells the story of the sinking of a great promise.

Can Lebanon emerge from the current crisis and regain global interest in it with international tourism? The Lebanese Ministry of Tourism believes so, and recently launched a new campaign to encourage arrival in the country. Earlier last month, Lebanese Tourism Minister Walid Nasser unveiled the new slogan: “Even in your madness we love you.” The thinkers of the new campaign justified the choice of the new slogan and said: “This is our country, a crazy country. Crazy in its nightlife, crazy in its food and generosity. No matter how crazy the situation in Lebanon, we can only say ‘we love you madly’.”

The source of the phrase is in the song of the well-known Lebanese singer Piroz, and it was chosen with the aim of trying and returning to Lebanon’s rich cultural past. Although it is no longer the “pearl of the Middle East,” as it was perceived before the 1975-90 civil war, Lebanon remains an attractive destination thanks to its rich culture, Roman ruins and Ottoman architecture, religious sites, gastronomy, breathtaking mountain, valley scenery And beaches combined with modern attractions and the Lebanese way of life.

Who are Lebanon? Natural treasures and breathtaking views

Lebanon borders Syria to the east and north, and Israel to its southern part. Its western part is 225 kilometers of beaches along the Mediterranean. It is divided into six districts, with the climate varying from region to region: mild and Mediterranean on the coast, as well as warm and pleasant in summer. Lebanon also has a mountainous climate at altitudes and a lot of snow in winter. In addition, in some areas there is a climate of semi-desert prairies.

Mount Lebanon, The highest mountain range in the center of the country, is about 3,000 meters high and is suitable for climbing in summer or skiing in winter. There are many fertile strips of land in the valley plain, where a variety of grains and grapes are predominant. Mountain range area Against Lebanon, Is located between Lebanon and Syria, with its southern part being north of the Golan Heights, and its highest peak is on Mount Hermon. In the area Lebanon Valley Located in the largest lake in the country, Lake Qaron (Qaraoun), Artificially created by the construction of a dam on the Litani River.

One of the most important and symbolic points in Lebanon is Cedar Forest (Cedars Of God Bsharri) In the northern part of the country, declared a UNESCO World Heritage Site. The forest is one of the last remnants of ancient cedar forests that have existed throughout Lebanon since ancient times. The cedar tree is a source of national pride in Lebanon. The forests here promoted empires, provided the Phoenicians with wood for their merchant ships, the early Egyptians used these trees for carefully carved sarcophagi, and according to tradition the trees were also used to build the first and second temples in Jerusalem.

Lebanon is also fascinating in its diverse landscape and many hidden natural treasures. Examples of this are the legendary limestone caves of Jita Located about 18 kilometers northeast of Beirut, where you can see one of the longest stalactites in the world. Another interesting point is the mysterious pit caves with the stone bridges of Tanurin, Who together with Batara Channel Waterfall, Make the place the perfect setting.

However, the most well-known and popular photography scene among tourists in Lebanon, is Pigeon Cliffs, Which will remind Israelis of Rosh Hanikra. They are located in a bay near the capital Beirut and look like a natural bridge or a gateway to the country. Another wonderful landscape configuration is Kadisha Valley In the north of the country, which houses many churches and monasteries, when the meaning of the name of the valley comes from Aramaic – the holy valley. It is a valley full of history, which has also been declared a UNESCO World Heritage Site, with many caves and archeological sites that according to the inventions indicate a human presence at the site from the Stone Age.

A rare cultural fabric in the Arab world

Lebanon is one of the oldest settlement areas on earth. Many cultures have left their mark on the region, including the Egyptians, Phoenicians, Greeks, Byzantines and Romans. In Lebanon there are about 18 recognized religious communities, a rare diversity in the Arab world, with the majority of the population being Muslim or Christian. Relatively speaking, the country is also more liberal and open to tourists, but of course the rules of conduct typical of most Middle Eastern countries apply.

Lebanon has a rich cultural heritage, and apart from the capital Beirut, the tourists who come to the country often also come to the city (and the group of islands) Tripoli, And UNESCO World Heritage Sites Enger and Gebel (City of the Phoenicians). According to the Christian community in Lebanon, the village קאנא, Known to Israelis mainly due to the difficult events that took place in it, is a site where Jesus turned the water into wine. This is in contrast to those who claim that the incident actually took place in the village of Cana, which is adjacent to Nazareth in Israel. Most tourists in Lebanon also visit bSea Fortress at Sidon On the Mediterranean, in the Roman temples of flint And in the ruins of the historic city Belbach.

Thanks to the immense cultural richness that exists in Lebanon, it also gets a fine culinary scene. Lebanese food is one of the most famous and popular in the entire Middle East as well as in the world. Lebanese cuisine focuses on herbs, spices and fresh ingredients: olive oil, lemon and garlic, with mint, parsley, allspice and cinnamon being some of the most common spices. Lebanon is also known for its famous desserts, the best known of which is the “Beer Nights” cake, which consists mainly of semolina pudding and pistachios.

“Paris of the Middle East” – Beirut

Surrounded by the mountains of Lebanon and nestled on the Mediterranean Sea, Beirut is the largest city and capital of Lebanon, which also houses the country’s largest seaport. The city is made up of many districts that are massively different from each other: Jamiza, known as the Hipster District, Burj al-Brajna, home of Hezbollah supporters, the Hamra student neighborhood which is also the best destination for tourists, especially backpackers, the Armenian region of Burj Hammud and it also has a community of Palestinian refugees, Christian districts and more.

The name Paris resonates in the city of Beirut not only because of its cultural atmosphere, but also because of the remnants of its status as a French colony during World War II. Beirut was then at the center of political discourse and intellectual practice. Although the end of the war led to the independence of Lebanon, it did not detract from the cosmopolitan cultural richness of Beirut.

Beirut abounds in Parisian-style cafes, and there is no shortage of intellectual discussion, as the city is constantly alive with art exhibitions, plays and poetry nights. Even the streets and architecture stand on the nickname it has earned over the years, with certain parts of Beirut rich in French architectural influence.

Beirut Governorate (BCD), The historical and geographical core of the city, is the vibrant financial, commercial and administrative center of the country. It is thousands of years old, and has traditionally served as a hub of business, finance, culture and leisure. The district is located on the north coast of the city, including the nearby Beirut port and Rafik Hariri International Airport.

After the city center was destroyed in the civil war in Lebanon, it underwent thorough restoration and development, which restored its cultural and economic status in the area. Today, in the central district of Beirut can be found the The Lebanese Parliament, Lebanese Government Headquarters, Beirut municipality building, Beirut Stock Exchange, UN Regional Offices, International Labor Organization, UNESCO, World Bank. Also, you can find historical and tourist sites like Rolex clock tower The famous square Najma, Archeological sites, Muhammad al-Amin Mosque And more. Among other things, the district resides Wadi Abu Jamil, The ancient Jewish quarter of Beirut and the center of a thriving Lebanese-Jewish community.

When it comes to fashion, not many cities can be as close to France as Beirut. The capital of Lebanon is home to world-renowned designers such as Eli Saab, Zahir Murad and Ram Barren. These are pioneers who not only put Beirut on the style map, but also continue to dominate Paris Fashion Week year after year.

Dubai and Tel Aviv may be the capital of contemporary parties in the Middle East, but Beirut’s reputation in the field has been recognized for decades. Beirut gained its status as a vibrant destination back in the 1960s, when French actress Brigitte Bardot and American actor Marlon Brando rubbed shoulders with Arab oil tycoons and spies in the pools of seaside hotels. Before the Corona period, the city was a major nightlife destination in the Middle East. Party lovers from the area, as well as European tourists, turned to the city to enjoy the hedonistic nightlife culture that characterized the city until recently.

Where is Lebanon headed?

Lebanon’s tourism industry has always been a major source of revenue for the country, reaching revenues of about $ 9.3 billion in 2010, before the Arab Spring uprisings that befell the region’s countries and especially neighboring Syria, and greatly affected the situation in Lebanon.

The tourism industry was hit hard again when protests against the government turned into a popular uprising in October 2019, followed by repeated closures of the country’s borders following the Corona virus, which led the country to a state of stagnation. Moreover, the escalating political conflict with Saudi Arabia and a number of other Gulf states, has reached an alarming level, leading to tourists from these countries almost completely stopping visiting Lebanon. This is in addition to the growing influence of the Hezbollah terrorist organization in a country supported by Iran.

Lebanon’s future does not look promising to say the least. For years the country has been in a tangled political turmoil that has brought it to a real disintegration. The current move by the Ministry of Tourism can be considered as a last-ditch attempt to preserve the past glamor of a country that was a great promise and is now just before a total collapse. “Those who love Lebanon will come anyway, we trust that,” said Tourism Minister Nasser. “What can we do? It’s either we’re not doing anything or trying to do something.”