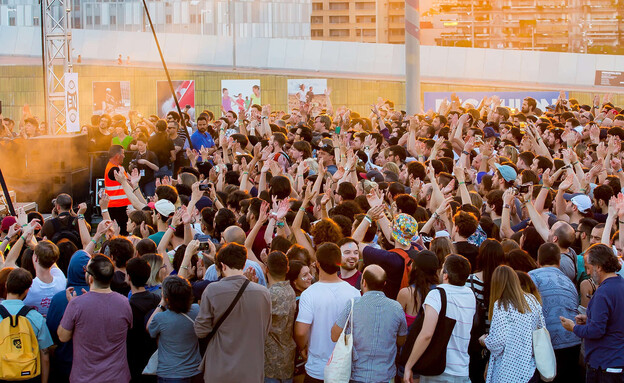 Time Out magazine has named the 22 new and best new attractions to visit in the world in 2022.The list has been put together by Time Out magazine’s global network, with over 100 expert local editors and freelance writers, and is made up of the most enjoyable, original new experiences, events and launches that simply cannot be missed in the future.

Caroline McGuinn, Time Out’s global editor-in-chief, says: “The list of the best new attractions in 2022 is our vital guide to the most exciting things happening around the world this year. Cash registers and more. ”

The first place in the ranking goes to the Maison Gainsbourg House, which offers fans a chance to rummage through the home of musician and cultural icon Serge Ginsburg. “The place has been closed to the public since Ginsburg’s death in 1991, early next year the interior of the Parisian urban house of French singer Serge Ginsburg will finally open as a museum dedicated to his life and work,” according to Time Out.

According to the guide, his daughter, actress and singer Charlotte Ginsburg, took the lead on the project. “The main attraction will surely be Serge’s famous eccentric living area, with the piano, Bar Art Deco and his huge collection of sculptures,” the magazine says.

The Hungarian Music House – described as a ‘new and amazing concert hall’ by Time Out – is expected to open in early 2022. , The exhibition and library spaces “according to the magazine. Travel experts note that the building features “spectacular spiral staircases and an entire glass exterior.”

According to Time Out, this is the first exhibition in Australia that “focuses exclusively on the life and work of French designer Gabriel (Coco) Chanel from the 20th century”. The show will run until April 25 at the Victoria National Gallery, in collaboration with the leading fashion museum in Paris, the Palais Galaire.

The magazine says that “Melbourne is becoming the first city outside of France to host this iconic exhibition, featuring more than 100 Chanel clothing, examining Coco Chanel’s ongoing impact on fashion, perfumes, jewelry and accessory design – all with a multimedia twist that is unique to the Australian Museum”.

The Floriade Expo 2022 is a once-in-a-decade landscaping show, according to Time Out. The guide says the event, which begins on April 14 and revolves around the theme of “green cities”, is “so huge that it only happens once every ten years. The event is recognized as the ultimate flower show in the world. The new waterfront site will include countless pavilions, arbor “A magnificent greenhouse complex and a rich art and culture program.”

“The Academy Museum’s next exhibition is set to air for the first time in the second half of 2022, and it will focus on almost an entire century of cinema that is often overlooked,” says Time Out. The exhibition is a collaboration between the Academy Museum and the National Museum of African American History and Culture of Washington.

What can visitors expect from the new and fascinating exhibition? The magazine says that “the exhibition dives into the works of black filmmakers from the birth of the film industry to the age of civil rights.”

10. The Silk Road by Train – Tashkent to Hiva, Uzbekistan

16. The Phantom of the Opera at the Port of Sydney – Sydney, Australia

17. A new experiential train across Europe – from Prague, Czech Republic to Brussels, Belgium