The big cities that will cancel the New Year events 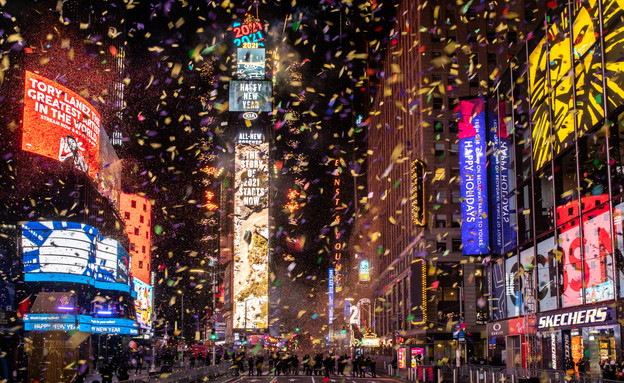 The major cities in the world are preparing for the New Year celebrations next weekend, in the shadow of the outbreak of the Omicron variant and the rise in morbidity. After the morbidity records of many countries in Europe were broken during Christmas, the New Year’s celebrations will also be held in a relatively limited manner. In New York, New Year’s celebrations in Times Square will be greatly reduced, and all attendees will be required to wear a mask.Major cities in Europe have already announced that they are completely canceling the planned events. In other cities, known for their iconic celebrations, they preferred to settle for other precautions. This is the global picture ahead of the early 2022 celebrations.

Germany will impose strict restrictions to curb the spread of the variant from 28 December. New Year’s Eve gatherings will be banned altogether, but despite this there will be big fireworks displays in Berlin and other cities like Munich and Frankfurt. Gatherings will be limited to a maximum of 10 people, including vaccinated and recovering.

The planned New Year event in London has been canceled due to the variant outbreak, though not completely. “Due to the spike in morbidity, we have made the difficult decision to cancel the New Year’s Eve event in Trafalgar Square,” read a tweet from the mayor’s account. “The safety of Londoners must come first.” An announcement attached to the tweet said that there would be a limited celebration, with about 6,500 participants, which would be televised live.

The Greek health minister announced last night that all public Christmas and New Year celebrations planned by the various municipalities have been canceled. All travelers to Greece will be required to pass two checks, two days and four days after arrival. Starting today – it is again mandatory to wear masks, indoors and outdoors, with public transport and supermarkets being required to wear a double mask. The iconic fireworks show on the Acropolis in Athens will not take place.

The city of Paris has canceled its traditional fireworks show to mark the start of the new year on the Champs-Elysees due to fears of the corona spreading. The French capital’s mayor’s office said: “Unfortunately, this year neither the traditional fireworks show nor the dance parties will take place.” French Prime Minister Jean Castex said all New Year events and gatherings would be banned, and vaccinated people are also advised to perform home corona tests before any spending in the coming days.

Also in the capital Rome, the Pope’s residence, it was decided to cancel and ban all celebratory events to mark the beginning of the new year due to the spread of the corona. The province of Campania in southern Italy and its capital is the city of Naples has also announced that it is banning all these incidents as well as involving incidents involving drinking alcohol from 23 December to 1 January. In the city of Venice all special shows have been canceled, including those in the open air as well as the planned fireworks show.

_
_OBJThe places that will still celebrate

The capital city of Bangkok will hold the traditional New Year celebrations, however this time some precautionary rules will apply. For example, it is allowed to celebrate only in the open air. Spenders must be fully vaccinated and present a negative corona test from the last 72 hours.

In the capital Cape Town, the festivities will be held under a series of health restrictions.

A spectacular pyrotechnic show over the Burj Khalifa tower is expected to take place in Dubai. The United Arab Emirates requires spenders to register for events in advance and fill in special details in a dedicated app, where they will receive a code of the type QR That will allow them to enter the festivities.

Other cities that will preserve the tradition of celebrations: Las Vegas, Rio de Janeiro, Sydney, Taipei and more.