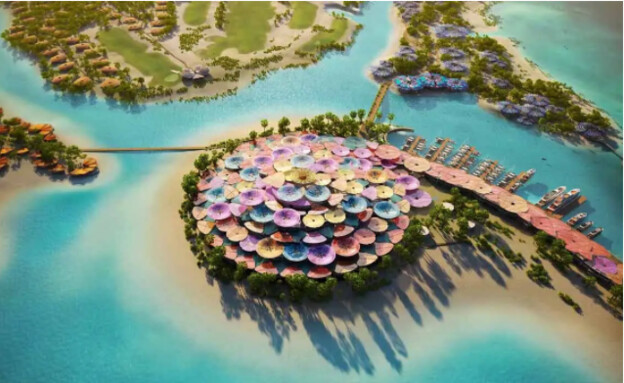 The Saudi Red Sea Development Company, which is promoting the Red Sea project, is promoting the ambitious tourism project in the world. Together with the University of Naples “L’Orientale”, there will be those who will conduct the archeological excavation, when it will be the Italian University that will direct it.

The archeological excavation will focus mainly on the reconstruction of fragments of an ancient wooden ship that sank in the area’s water and is considered the most preserved in the Red Sea. This wrecked ship probably sank between 1725 and 1750 in the Al Waja lagoon, and it lies on the seabed at a depth of about 20-22 meters. In the hull of the ship there is a pile of over a thousand urns that have calcified to each other as well as to the hull. Over the centuries, in fact, the wood of the nave by the calcification became a kind of fossilized tree similar to the terracotta vessel it carried.

The Red Sea project will be developed on an area of ​​over 28,000 square kilometers of land and water along the west coast of Saudi Arabia and a vast archipelago consisting of more than 90 virgin islands. This area includes part of the desert with beautiful dunes, mountain canyons and even dormant volcanoes As well as ancient sites of historical and cultural interest. Precisely for this reason, the infrastructure supporting the resorts and ports and airports to be built, will also be coordinated for renewable energy and conservation and reuse of water sources. Circular waste management system Which is already operating and will supply more than 25 million plants for the Red Sea project.