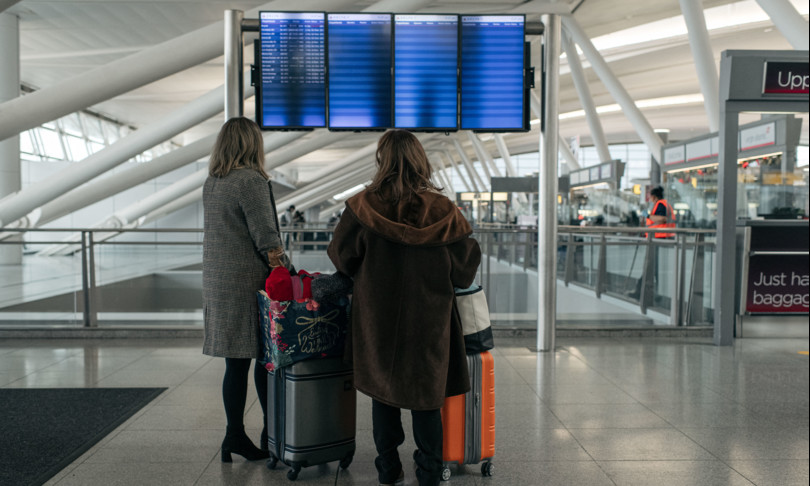 More flight cancellations around the world due to the epidemiological situation. Monday 27 December, after more than 8,000 flights canceled between Christmas Eve and Boxing Day, nearly 1,700 flights were canceled, according to the Flightaware website.

Airlines are heavily affected by the virus with a large number of pilots and flight attendants infected, and therefore ill, or forced to remain in quarantine for exposure to the virus.

Of the nearly 1,700 flights canceled today, about 500 are attributable to the United States. At the moment, according to Flightaware, another 512 flights scheduled for Tuesday have already been canceled.

All the fault of Omicron, as expected, on the holidays of millions of people, and of the bad weather that, especially in the United States, is adding chaos to chaos with storms of water and snow.

According to Flightaware.com, more than 2,000 flights were canceled on Boxing Day alone, including over 570 to or from US airports. In addition, more than 4,000 delays were reported.

To weigh on take-offs and landings also the conditions of pilots, flight attendants and other airline employees, absent at the last minute due to illness or quarantine after exposure to Covid, which forced Lufthansa, Delta, United Airlines, JetBlue, Alaska Airlines and many other understaffed carriers to cancel flights during one of the peak times of the year.

More than 2,800 flights worldwide were canceled on Christmas Day, including over 990 to or from US airports, with over 8,500 delays. And on the eve there were around 2,400 cancellations and 11,000 delays. Flightaware data showed, for example, that United canceled around 200 flights on Friday and nearly 250 on Saturday, 10% of those scheduled.

“Omicron’s national spike in cases this week has had a direct impact on our flight crews and the people running our operations,” United said in a statement on Friday. Delta canceled 310 flights on Saturday and over 100 others on Sunday, claiming it had “exhausted all options and resources”.

“We apologize to our customers for the delay in their vacation travel plans,” the company said in a statement. The cancellations added to the frustration of not being able to reunite with loved ones over the holidays after last year’s Christmas was already severely tested by the first wave of Covid.

Chinese airlines recorded the highest number of cancellations, with China Eastern eliminating more than 1,000 flights, over 20% of its flight schedule, between Friday and Saturday, and Air China blocking about 20% of scheduled departures over the period. The American Automobile Association has estimated that more than 109 million Americans will travel by plane, train, or car between December 23 and January 2, a 34% increase from last year.

But most of these plans were made before the takeover of Omicron, which became the dominant strain in the US by overwhelming hospitals and healthcare workers. New York State reported a record 44,431 infections on Friday, with new cases increasing every day even nationwide.

Then there is also the bad weather factor. “Abnormal cold conditions and a flurry of Pacific moisture result in prolonged periods of mountain snow and coastal and downstream rain, some of which can become storms and water bombs,” the NWS said. A staggering two to four feet (61 to 122 centimeters) are expected to fall this weekend in the Sierra Mountains and the State of Oregon – for example.