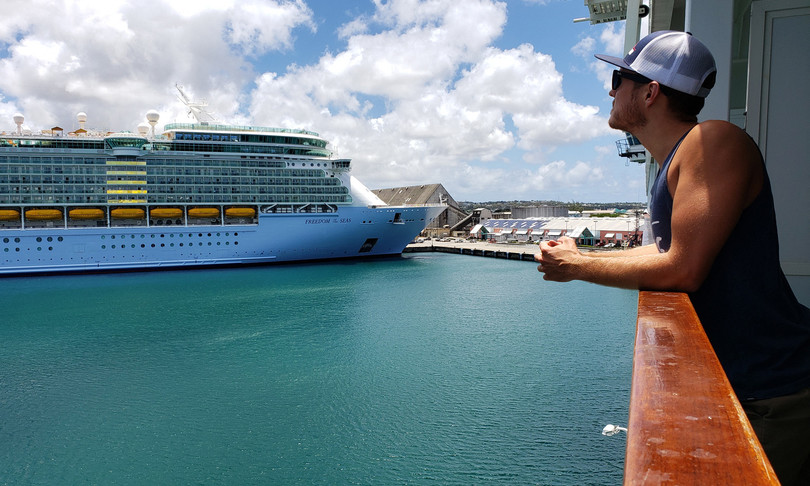 More than 60 cruise ships are the subject of attention from US health authorities after cases of Covid-19 appeared on board, writes the website of the CDC, the main public health agency in the United States.

These 60 ships have reached the “threshold” set by the Centers for Disease Control and Prevention to be subjected to such an investigation. According to the Washington Post, several ships have been refused entry to several Caribbean ports. One of them, the Carnival Freedom, was unable to dock on the Dutch island of Bonaire.

“We’re navigating in a petri dish,” the container used in laboratories to grow bacteria, Ashley Peterson, a 34-year-old passenger on Carnival Freedom, told the Washington Post.

In a statement to AFP, Carnival Cruises confirmed that a “small number on board have been isolated due to a positive Covid test”. “If it becomes necessary to cancel a port of call, we will do our best to find an alternative destination.” Carnival Freedom arrived in Miami on Sunday morning, disembarked all of its passengers and “will leave on her next trip as planned,” the company said.

On Wednesday, another company, Royal Caribbean International, had indicated that fifty-five people had tested positive for Covid-19 aboard one of its ships departed from Florida on December 18th.

Among the infected, both passengers and crew members, although 95% of those on board were vaccinated against the coronavirus. The ship was not allowed to stop in Curacao and Aruba, islands of the Netherlands Antilles. He was to remain at sea until he returned to Fort Lauderdale, Florida on Sunday.

It was the second coronavirus outbreak identified on a Royal Caribbean ship in less than a week. The coronavirus had caused cruise operations to be suspended for over a year. They resumed in June with a series of measures to try to keep the virus at bay, such as mandatory vaccination for employees and passengers over 12 for Royal Caribbean. But the highly contagious Omicron variant presents a new challenge.