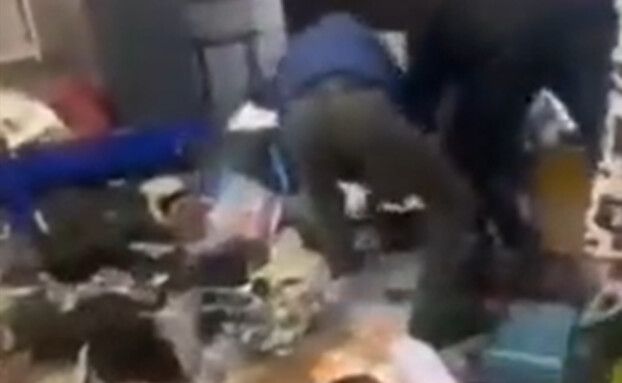 Two soldiers of the Kazakh armed forces were reportedly killed during the liberation operation at Almaty International Airport.

Two Kazakh armed forces soldiers were killed during the operation to liberate Almaty international airport, according to reports. pic.twitter.com/q1hxolCsuh

Kazakhstan is facing violent demonstrations that have rocked the country in recent days, leaving behind several dead and dozens injured. Meanwhile, protesters briefly invaded Kazakhstan’s main airport in Almaty, yesterday (Wednesday 5.1) in the evening, and are estimated to have boarded several commercial planes before law enforcement intervened. As a result a number of flights were canceled.

Currently, the situation seems calmer at the airport, which has been invaded by protesters opposed to rising liquefied petroleum gas (LPG) prices. Signs of vandalism are seen in terminals and parking lots, and President Qassem-Jumart Tokyev referred to the events as saying that “terrorist gangs have taken over large infrastructure facilities, especially at Almaty airport, five planes, including foreign planes,” he said, adding “Almaty was attacked, destroyed. The protesters later left the planes without further consequences.

The news agencies do not mention any casualties during the incident, which ended shortly after midnight with police intervention. However, Russian news agencies, quoting Kazakh media, later said two soldiers were also killed in what they described as counter-terrorism operations at the airport.

Air traffic from and from Almaty Airport was cut short last night, when airlines Aeroflot, Belavia and Flydubai, among others, confirmed the cancellation of their flights from Moscow, Minsk and Dubai, from which they were scheduled to arrive this morning.

This is What happened at the #Almaty Airport. pic.twitter.com/0IhdUrt8lw

#Kazakhstan #Tokayev, President of Kazakhstan stated that “the participants in the Almaty riots received training abroad and the riots are an act of aggression.” In addition, the president confirmed that the protesters boarded 5 planes and took over the #Almaty airport pic.twitter.com/yN2hvBW2y6