Thailand is expanding its “sandbox” while tightening restrictions 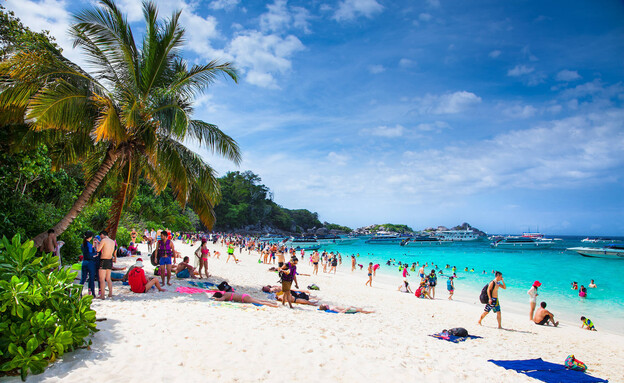 While in most countries the world continues to deal with the omicron crisis, imposing restrictions on incoming tourists, including from Israel, Thailand is expanding its opening to future tourists. Thailand announced on Friday (January 7) that it is tightening some entry restrictions while expanding its “sandbox” program. People were called to follow social alienation rules and mask-wearing laws to control the spread of the omicron variant.
The government has not announced a closure, but has issued restrictions on alcohol consumption in restaurants. She also called on people to avoid public gatherings, public transportation and travel around the country. Also, the bars and nightclubs will remain closed.

The decision came after reports of a doubling of daily cases of Corona virus infections, which reached 7,526 within a few days after the New Year celebrations, mainly because of the Omicron. According to the Thai government, 19 new deaths have been reported.

The Corona State Management Center (CCSA) said it was the country’s timeless “check and go” program, in which international tourists could enter solitary confinement for just one night while waiting for test results, and that people already approved under the program could enter the kingdom only Until January 15th.

A spokesman for the organization, Tawicin Vitsanuyotin, said all other people arriving in Thailand must go into solitary confinement at the hotel or take part in the “sandbox” program. He added that the plan would be expanded tomorrow, Tuesday, from Phuket Island to Phang Nga and Krabi provinces and three islands in Surat Thailand province – Koh Samui, Koh Tao and Ko Phangan.

What does the extended “sandbox” program include?

Also, even before arriving in Thailand, those arriving will be asked to apply for an entry visa online, which includes a vaccinator’s certificate (or recovery and immunization certificate, a week at an approved hotel, insurance in case of corona infection, and presentation of future and paid PCR examinations during the stay. The trip will be updated by the authorities, tourists can travel in the country freely.

Thailand undoubtedly had the most ambitious plan in the region to allow travelers to enter and roam the country. It eased restrictions following a successful vaccination program, in which 100 million vaccine doses were given to its population of about 60 million people. Booster vaccination programs are currently underway across the country.