Record in December 2021: Most flight cancellations 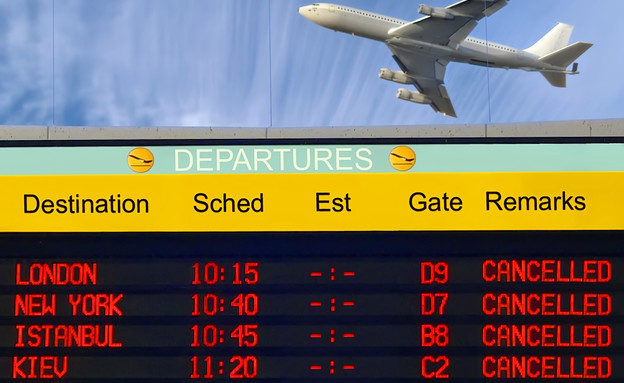 Cirium, which is researching the world of aviation, revealed that last December recorded a record cancellation of flights worldwide in 2021 – a total of 2.43 million cancellations.Moreover, between December 24 and January 3, 59,240 flights were canceled, with airlines battling operational challenges around the omicron wave and winter weather. Some airlines are forced to operate empty planes in order to maintain their slots at the airport.

This is how last month became the peak of cancellations between all the months of December in the last decade – six times more than in 2019 and two and a half times more than 2020. A total of 20,500 flights were canceled in just the first three days of the new year.

The cancellations of the four major US airlines – American Airlines, Delta Airlines, Southwest Airlines and United Airlines – soared to 7,040 during this period.

According to Jeremy Bowen, CEO of Cirium: “Flight disruptions affect airlines and airports differently – it depends on the waiting flexibility of existing equipment and resources to respond quickly. Those who act more conservatively will reduce their operational disruptions. Cirium monitors the level of disruption by measuring the completion factor of flights and their performance in time. ”

The data indicate that global flights flying before the omicron increased 1.5 percent from week to week between December 11-17. But the combination of the variant along with the winter weather has resulted in airlines quickly canceling flights due to a shortage of air and ground crews, so that international flights are now reduced by 5 per cent compared to the previous week.

There is consideration for large airlines, with high flight volumes. For example, American Airlines issued the most flights in 2021 – around 1,850,050 – and yet, its flights arrived on time in 80 percent of cases.

However, large differences can be seen between regions of the world, with the number of flights in the US, Europe and the North Atlantic falling between 9-10 percent, while in China the flight rate has risen by 6 percent.