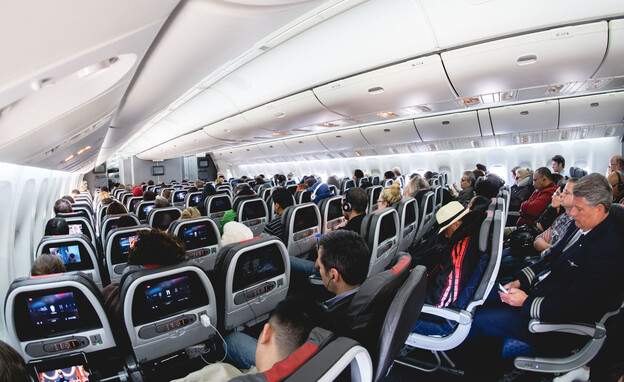 As reported in The Jewish Chronicel, the airline American Airlines was fined thousands of dollars for failing to serve kosher meals to Orthodox travelers on a number of international flights. This is not the first time that the company has been sued by Jewish passengers who are dissatisfied with the conduct towards them.A Brazilian court has found that the airline caused “emotional suffering” to Orthodox passengers, who were forced to fast for the entire flight. The court found American Airlines responsible for the case and fined the company 16,000 Brazilian rials, equivalent to about 9,000 shekels.

The two passengers who filed the lawsuits against the airline flew long distances, with one of them flying from Sao Paulo to New York for 10 hours without food. The second passenger flew once from Chicago to London, and another time from Madrid to Philadelphia, also without food.

Jose Marcus Marona, the judge in the case, said that in addition to waiving the contractual obligation to provide the meals, American Airlines caused emotional damage to passengers by serving food to all other passengers on flights except those who demanded kosher food.

The possibility of ordering kosher food on American Airlines planes states that the airline states that passengers from Brazil can indeed receive kosher food, but only if they depart from Sao Paulo or Rio de Janeiro.

Airlines are not required by law to provide food of any kind in the United States or Brazil. However, in both countries there are consumer protection laws, which can lead to a punitive lawsuit against service providers once they commit to a deal to supply a particular product and do not meet the conditions.