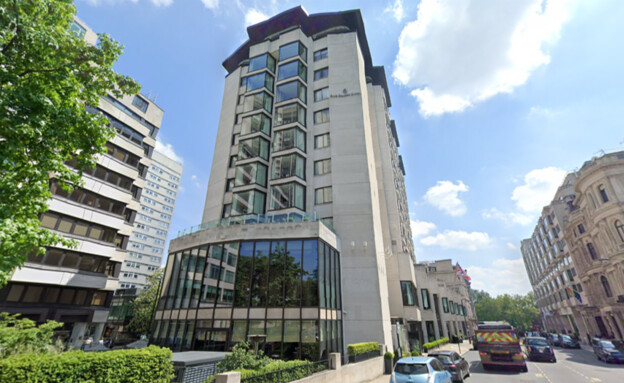 As reported in the British Daily Mail, an Israeli businessman caused more than half a million shekels in damage to a hotel room in London, in what was described as a “90-minute siege” as part of an “acute manic episode” incident.Ofer Code, 52, set fire to pillows and towels in Suite 212 at the Four Seasons Hotel in Park Lane on July 24 last year, according to testimony presented to the jury in the Southwork Crown Court.

As part of the testimony process, members of the hotel’s security team claimed that around noon, Cipher demanded to speak to Microsoft founder Bill Gates and fly his family to the UK from Israel in a private plane, hurling curses at security members.

The hotel staff called and contacted Tzofan’s friend so that he could help examine his condition, but the Israeli businessman treated him aggressively for two hours until the police were called, according to the testimony._OBJ

Police arrived around 9:45 p.m. and tried to enter the hotel room, while a cipher cursed the officers and demanded to see his lawyer. He then put the officers in the suite, but barricaded himself in the room while setting fire to and throwing various objects at them, including glass bottles and a burning book.

When Mr. Cipher was eventually arrested and taken to the hospital, the full damage was revealed. He destroyed three ancient Chinese chests of drawers, two televisions, a music system, a set of wooden furniture and a number of glass surfaces, according to testimony presented to the court. Following the lighting of the pillows and towels, the heavy smoke activated the fire extinguishing system and sprinklers, resulting in extensive damage to property and structure.

It was also necessary to replace artwork, furniture upholstery and three wallpaper boards because of ketchup stains. During the incident, one of the officers was injured after a glass bottle shattered on a door near his face. The total account was 108,982.85 pounds, close to half a million shekels.

Prosecutor Christopher Jenkins said: “There is no dispute that Mr. Codex committed the acts of which he is accused. After these incidents he enlisted the services of three expert psychiatrists, all three of whom agreed that Mr. Codex could be assisted in defending an insanity claim. “It was an acute mania episode. It was actually a 90-minute siege, when Mr. Cipher barricaded himself in his room and the police tried to calm him down.”

The court was presented with allegations that Cipher purchased 50 Tesla cars as a result of its bipolar disorder in 2020. He also told the psychiatrist during his assessment that he wanted to build a city where his family and transgender people could live in peace. He arrived in London a few days before the incident in order to watch the British Grand Prix.

Cipher has denied the allegations and is credited with arson, criminal property damage and two assaults by emergency workers, namely police officers, due to insanity. The jury also ruled that he was not guilty of insanity in all the charges. He has been in custody for about six months pending his trial.

The judge, Andrew Wales, who released him on bail yesterday before sentencing. The trial continues and the final decision has not yet been announced.