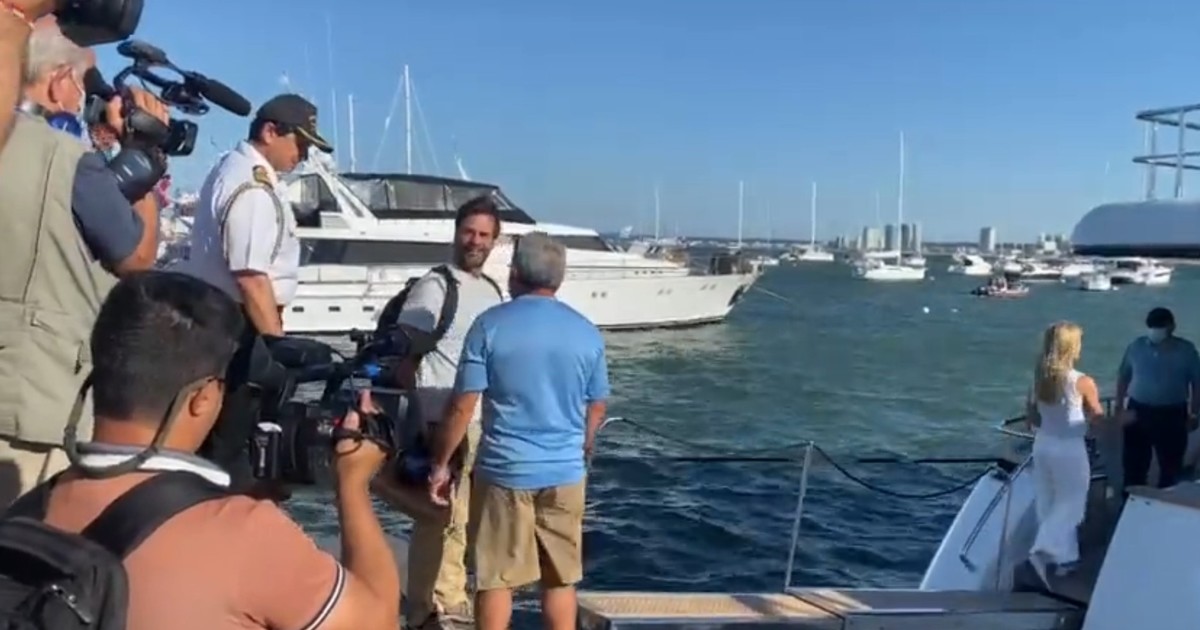 There is an unbreakable love. That does not know of flags, much less of exchange rates or dollar quotes. Is he romance between Punta del Este and Argentine tourists, a summer love that is renewed every year. The one who had to experience a bit of this love was Uruguayan President Luis Lacalle Pou, who came across a group of Argentines who came to greet him with an unusual request: “Come govern the country.”

Far from the protocol formality of a chief executive, Lacalle Pou was in the port of the eastern city, dressed in khaki pants, light clothing and ready to go sailing.

Along with his wife, Lorena Ponce de León, the mayor of Maldonado and other officials were preparing to board the “Black Beauty” boat and leave for Isla de Lobos to participate in a formal, albeit somewhat relaxed, activity.

That was when he came across a group of Argentine tourists who were on the same pier. Dressed in a beret, polo shirt and sunglasses, they were also preparing to go out on the water. With some shyness, typical of the protocol imposed by a president, the Argentine duo approached the official delegation to ask Lacalle Pou for a selfie.

“President, we are Argentines, we want to take a picture with you,” said a person who was fishing on the pier. After taking the group selfie, one of the tourists took advantage and launched an unusual request: “Congratulations, come to govern Argentina”, which aroused the complicit laughter of all those present on the pier.

The moment was captured by the Uruguayan newspaper The country, which highlighted the praise given by tourists to Lacalle Pou, one of the presidents with the best positive image in the region.

The photo took place on the Punta del Este pier, which in recent hours became news following an administrative decision on the Argentine side that prevents sports boats that left for Uruguay from returning to the country.

It is estimated that some 200 ships They are in the eastern port, without knowing when they will be able to return, although in the process of being resolved by the authorities.