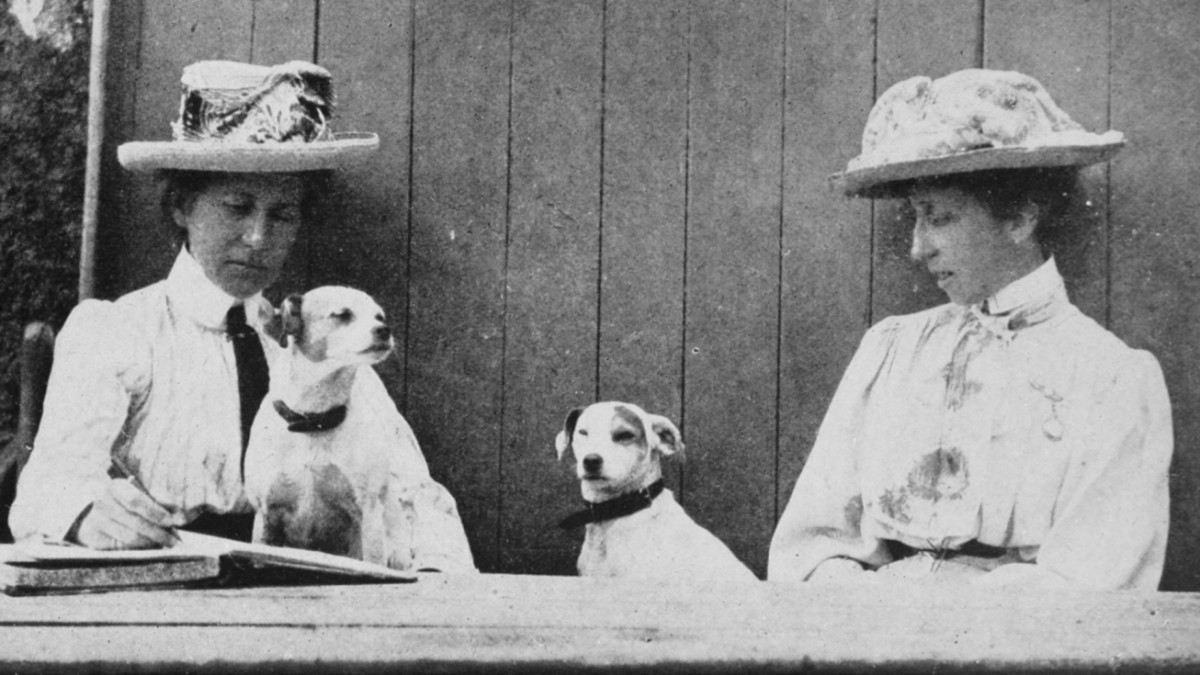 As a tourist, it’s all too simple to get into trouble. It doesn’t even have to be for nefarious purposes. Yes, you don’t have to be a stranger to break the rules unintentionally: Irish cousins Edith none Somerville and Violet Florence Martin, for example, caused a lot of havoc when they stumbled among native animals in Connemara, in western Ireland.

As if there were a herd of cattle and a stray bulldog nearby. The two ladies had previously discussed the two phlegmatic dogs of the guesthouse they stayed at during their tour of Connemara in the summer of 1890 while out on a hike. And what about the corrosive effects of hotel life, both in general and in relation to these two dogs?

The mastiff, on the other hand, was clearly not a hotel dog, and it appeared to Somerville and Martin to be dangerous. Which is why the former took out her pistol, fingered one of the rounds she had in her suitcase along with her hair rollers, and pulled the trigger. The cattle bolted instead of the dog, which must have signaled to the dog that the bang signaled the start of a hunt. That’s why he went after the livestock and bit one of them on the nose.

The greatest thing to say about this situation is that everyone made it out alive. Furthermore, it naturally lends itself to being narrated. And the unusual big cousins were fully aware of this. They were a working couple, producing novels, short stories, newspaper pieces, and travelogues together, such as this one about Connemara, where they journeyed by donkey cart. This fact alone gives a plethora of entertaining anecdotes.

Martin, who wrote under the masculine pseudonym Martin Ross, was primarily responsible for the writing, while Somerville was primarily responsible for the artwork. They were known as Somerville and Ross when they were together. “Through Connemara” is a smart and amusing little book. Because the two women alternate between a sympathetic type of hubris and a great lot of self-mockery in their portrayals. You learn a lot about mentalities and cultures but nearly nothing about landscapes and vistas. And then there are the issues of attitude, which can still be encountered today when traveling. For example, whether eating food taken with you on moving trains was “unappealing, even animalistic.”

Meanwhile, Paul McVeigh’s anthology “Ireland. A Literary Invitation” is firmly rooted in the present. This is unexpected because such compilations of text excerpts typically pull together what has been discovered in the literature about a country or place over time. McVeigh, on the other hand, has no Yeats, Beckett, or Böll. So there isn’t a word from the first two Irish Nobel Laureates in Literature, nor the corresponding German. Not even Joyce, who has been criminally overlooked. Only one poem by Seamus Heaney (1939-2013), the third and youngest Irish prizewinner, has made it into it: “Beacon on May Day.” Strangers and their influence on everything native are welcomed in this essay.

Paul McVeigh chose almost only texts produced in the last three or four years for this edition, some of which were written expressly for this anthology. They are not travelogues, but literary works. Despite this, this book does a better job of preparing you for a trip to Ireland – including Northern Ireland – than other guidebooks. Because it’s constantly about views on the island, about the scars of division, about the ramifications of Brexit, and about the effects of recent economic booms and busts. It’s about a sense of belonging to one’s nation set against the desolation of a rural landscape that a tourist could find lovely. The fact that suicide and homosexuality have only been decriminalized for twenty years has disturbed the old order, but it has not yet resulted in the rapid loosening of “their skeletal hand around the neck of their youth,” as Dave Lordan writes in “memoir.”

In the stories, current attitudes regarding life meet, causing conflict. The people’s daily lives are depicted, as well as what Ireland and Northern Ireland stand for today.

Ireland (Hrsg.): Paul McVeigh An invitation from the world of literature. Hans-Christian Oeser and others translated from Irish English. Klaus Wagenbach Verlag, Berlin, 2022. The book is 144 pages long and costs 19 euros.

Through Connemara, Somerville and Ross. In Ireland, with the donkey carriage. Elvira Willems translated from the English. Berlin: Aviva Verlag, 2022. 20 euros for 168 pages.