I passed Egyptian archaeological mission Working on the site of Tell Al-Farma (Peloseum) in the region of Antiquities of North Sinaiin the detection of bTemple remnants For the god Zeus Cassius, during the excavations that the mission is conducting at the site within the Sinai development project for the year 2021-2022.

This was stated by Dr. Mustafa Waziri, Secretary-General of the Supreme Council of Antiquities, explaining that the discovered temple is located about 200 meters to the west of Pelusium Castle and 100 meters to the south of the memorial church on the site.

Dr. added. Mustafa Waziri said that the location of the discovered temple was determined based on the presence of the remains of a huge gate on the surface of the earth that collapsed in the past due to a strong earthquake that struck the city. It was installed above the gate.

On his part, said Dr. Ayman Ashmawy, Sector Head Egyptian Antiquities At the Supreme Council of Antiquities, the archaeological mission succeeded in revealing for the first time the remains of the temple, which was built from Adobe On a raised platform made of rubble and broken stones, and its ceiling bears columns of pink granite, the entrance to the temple is located towards the east, and the ascent to it was via an ascending staircase covered with marble, noting that the French archaeologist Jean Cleida had been able in 1910 to discover Greek inscriptions Late on the lintel indicates the presence of the temple of Zeus Cassius in this place, but it was not found.

Dr. said. Nadia Khader, head of the Central Department of Antiquities of Lower Egypt, said that many huge stone blocks of pink granite were discovered lying in the streets surrounding the site of the temple, which is likely that the site was later exploited as a quarry and some of its parts were moved to be reused in building churches at Tell Al-Farma, including the Corinthian capitals. The temple of Zeus Cassius, which was reused in the memorial church located north of the temple.

Dr. Hisham Hussein, Director General of Sinai Antiquities, confirmed that the discovered blocks are now being studied, documented and photographed using photogrammetric technology to be reassembled using modern programs and technologies, which contributes to reaching the architectural design closest to the Temple of Zeus Cassius.

He added that the archaeological survey and the limited excavations that were carried out at the site during 1910 by the French archaeologist Jean Cleida within the project of the archaeological survey and excavations of the Suez Canal International Company were unsuccessful in uncovering the remains of the temple, but revealed in the place a stone block of pink granite with an incomplete inscription in Greek The ancient ones were rediscovered again during this season 2022, in addition to another stone block of pink granite with a sunken inscription in Greek. It was discovered for the first time this season. By studying the two blocks, it was found that the texts complement each other, as the inscriptions indicate that Emperor Hadrian ordered new additions to the Temple of Zeus Cassius in Pelusium One. The ruler of Egypt “Titus Flavius ​​Titanus” was the one who made these additions. 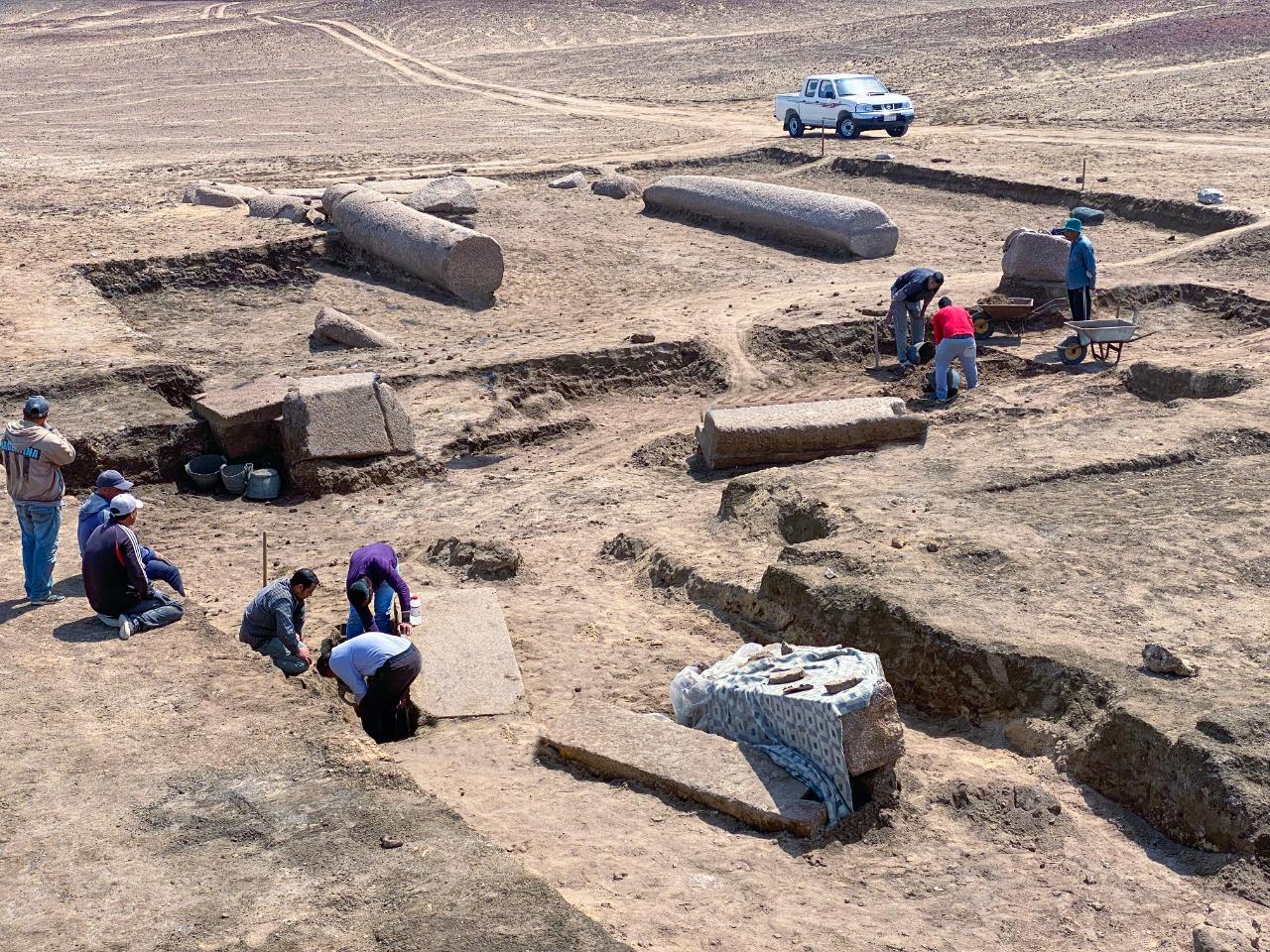 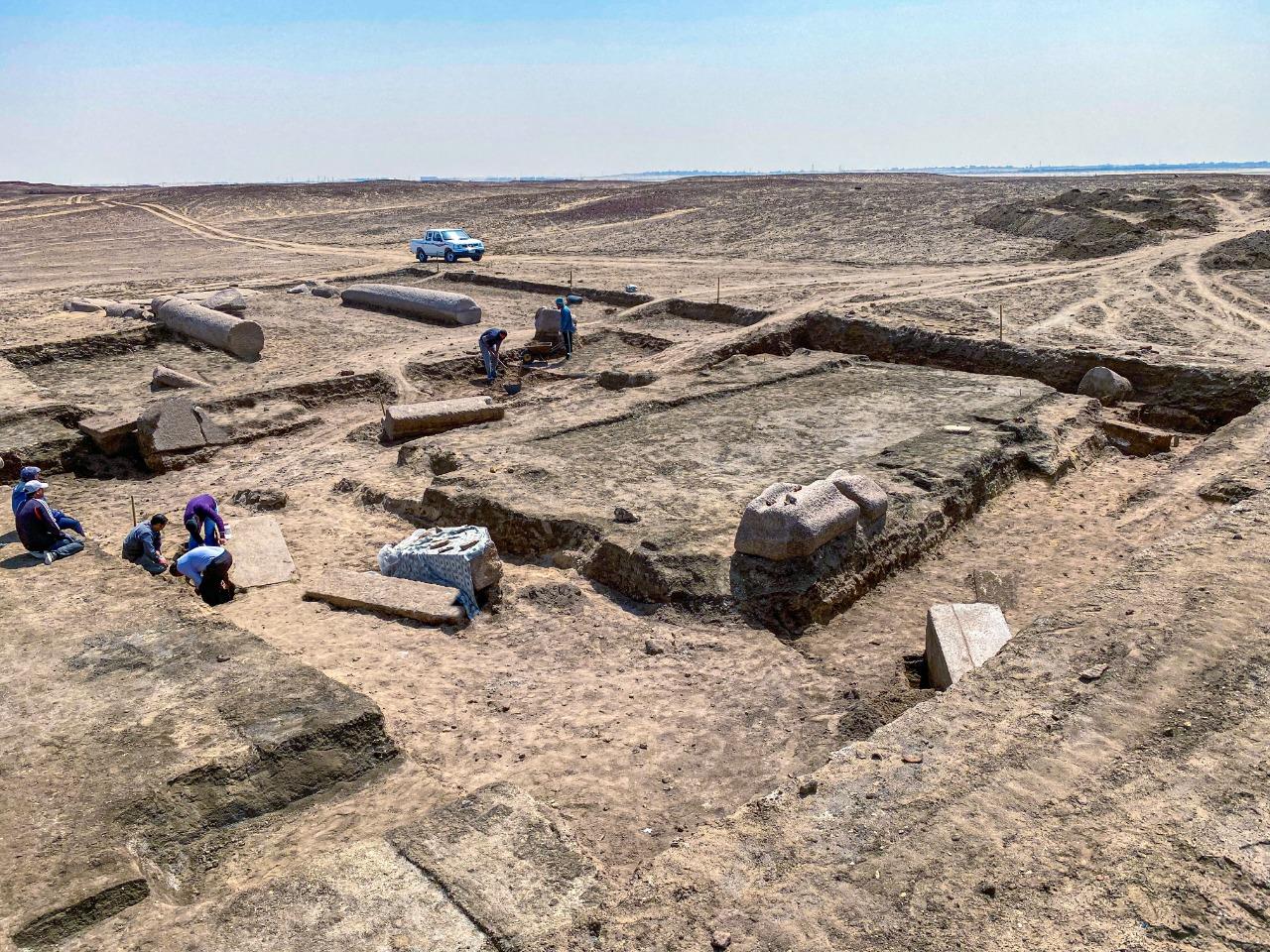