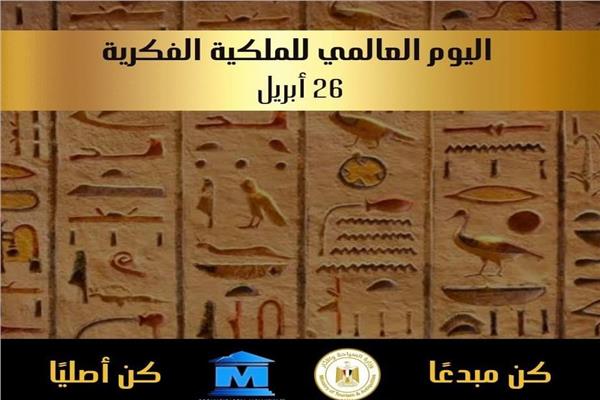 The Cairo International Airport Museum participates in the celebration of the World Intellectual Property Day today, Tuesday, April 26 of each year. The World Intellectual Property Day is celebrated, which was approved by the General Organization for Intellectual Property to see the role that intellectual property plays in encouraging innovation and creativity, and how inventors and innovators can Using intellectual property rights such as patents, trademarks, industrial designs and copyright to achieve their goals and generate income, create job opportunities and address common local and global challenges such as climate change, health, poverty and the need to feed the world’s population, and support the development of society and the nation.‎

Museum officials emphasized that the theme of World Intellectual Property Day for 2022 AD is Intellectual Property and Youth: Innovation for a Better Future, and it celebrates the tremendous potential of young people to find new and better solutions that support the transition towards a sustainable future.

The officials added that the Egyptian civilization was a civilization of an original and unique character in all fields such as writing, art, architecture, medicine and religious thought. The ancient Egyptian civilization depended on the original creativity, which made it in and of itself an approved mark that influenced it and took and derived from it the rest of the contemporary civilizations, and its contributions have remained influential to this day.

Intellectual property appeared in ancient Egypt, specifically with regard to trademarks and their development, because the Nile River and the Mediterranean Sea provided the means for the ancient Egyptian merchants to transport goods and sell them to buyers remotely, so there was a great opportunity for these merchants and manufacturers to employ the signs of names and symbols through embroidery. , paint, burn, and etch their merchandise as trademarks.

Trademarks also appeared more clearly in ancient Egypt under Roman rule after the battle of Actium in 31 BC and appeared in the form of stamps as an official trademark with the name and mark of the manufacturer, which assures us that the ancient Egyptians planted the seeds for the subsequent growth of modern brands. and its law.