What not to do when traveling in London? 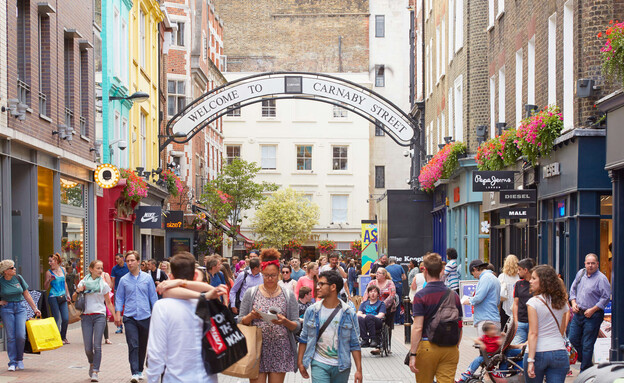 London is a huge, amazing city with lots of amazing things to see and do. Londoners love to share the city and the famous sites, culture and special style of one of the most fascinating cities in the world. At the same time, quite a few of the tourists who come to London do not fully understand the importance that the locals give to the royal family, the great interest that the British have with queues or the need to avoid eye contact on public transport. So here are some things you should avoid on your next visit to London.

Do not stand in the way of the Queen’s Guard

It’s natural that you would be thrilled to see the Queen’s Guard while visiting London. The splendor and ceremonies, the elegant uniforms and the precise movements are impressive and have over the years become an attraction within themselves on every trip in the city. However, while you may be willing to make the effort to get the perfect picture of the guards, or even take selfies with them, it may get you in trouble.

The Queen’s Guard employs very serious trained soldiers about their role, and any tourist who interrupts them during their march will find himself pushed aside without a polite request, but an order saying “Make room for the Queen’s Guard!”.

If you need proof of that, just look online for videos of tourists standing in the wrong place. Everyone wants a great image, but the way to ensure you get the best image is to hold back, and give these guards the space they need to do their job.

Do not harass guards and celebrities

Nothing says “tourist” more than being photographed with the guards, and many tourists do. But do not try to annoy them or make them react to you, because they may both aim their weapons at you, and also stop you or call someone else to do so.

Not only will it be clear to everyone that you are a tourist, but you will also be completely one of those pesky tourists. And let’s face it, no one wants to be arrested on his vacation.

Similarly, if you see a famous figure in London, be calm about it. Most Londoners do not really attach importance to the fact that they are having dinner at the same restaurant with a celebrity, so unless you are in a movie premiere or a die-hard fan, just let them go on with their lives.

Do not insult the Queen or London

You are also not one of those who adore the Queen and the royal family, it is an institution that the English value and a clear popular symbol. The Queen is beloved and admired, and no Londoner will take any insult to Her Majesty lightly, even as a joke, and it is in their eyes rude. They will defend the honor of the Queen and the rest of the monarchy, so avoid jokes at their expense.

As guests in London, it is also better to avoid insulting the city or saying negative things about it to the locals. This is an insult, and you are likely to get a response accordingly. No one likes being criticized for their hometown, especially by tourists or foreigners.

Do not stand on the left side of the escalator

Almost everywhere the rule is that the left side of the escalator is reserved for people who want to cross as they are in a hurry. So for those who are not in a hurry, stay on the right side and enjoy the ride. There are usually signs for those who are unaware of this rule, so follow them carefully otherwise you may hear screams or be pushed by rushed Londoners who are usually polite. So try not to put yourself in an awkward situation, and be aware of certain rules about politeness.

Do not overtake in queues

If there’s one thing Londoners love most – it’s queues. If you see a queue formed anywhere, whether it is in a store or waiting for public transportation, do not skip the queue, be polite and stand patiently in line. Londoners are polite and they expect non-locals to be polite as well. Besides, believe it or not, bypassing the queue on the train is illegal and it can also carry a penalty.

Do not be indifferent to your belongings

Planning to get to Piccadilly Circus? Maybe visit Covent Garden? Make sure you are environmentally aware, and do not get bogged down in crime and theft. Given the opportunity, thieves and pickpockets, are always looking for careless and unsuspecting tourists. Remember that criminals are everywhere, and indifferent or self-confident tourists are a major target for theft.

So do not leave your bag out of sight or unattended, even if it’s only for a moment, it’s all it will take for you to lose your things. When you get to crowded places such as Piccadilly Circus, Oxford Street or crowded queues for attractions, always keep your belongings and be careful.

Do not mark the “victory signal” with your hand

While this sign may be positive around the world, in the UK the situation is reversed, and is similar to raising the middle finger, especially if marked with an inverted hand with the palm facing you. So you should be aware of this special mannerism so that you can avoid embarrassing situations while taking your selfie in front of the Big Ben.

Although Britons are known for being polite, they are also very reserved. Talking to a stranger who is busy with his affairs can be perceived as a rude move. Even if you are the friendliest people on earth, choose wisely who you want to talk to.

Be polite on public transportation

Most Londoners will look down and wait patiently for their destination, while others may bring a newspaper or book in order to pass the time traveling. So instead of researching the rest of the passengers in depth, stare at the advertisements above their heads or on the floor of the caravan.

Also, do not have a phone call while traveling on public transport as it is considered rude and interferes with the rest of all passengers. Londoners appreciate the “sound of silence” as they travel, and are clearly upset when tourists forget that there are other people traveling with them

Do not expect service at the bar

Thirsty after a day of touring? You will probably approach the nearest pub, and there is plenty around. However, if you sit at a table and wait for a waiter to come and get your order, you will probably remain thirsty for a long time. British pubs operate by unwritten rule: go to the bar, order your drinks and pay before you settle down.