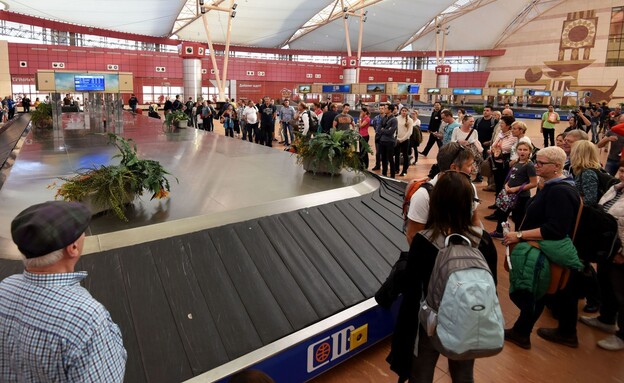 Three Jerusalem residents were arrested last night (Thursday) at the airport in Sharm el-Sheikh on suspicion of trying to smuggle 80 military jackets into Sinai. They hid the coats, which they allegedly intended to sell to the Bedouin for tens of thousands of shekels, in a number of suitcases.

Another young woman who was with them was allowed to enter Sharm, but she returned to Israel on another flight for fear that they would also arrest her later. “He did not know that a military coat should not be smuggled into Sinai,” claims a friend of one of the detainees in a conversation with Mako.

The interrogation of the three, 18-year-old ultra-Orthodox, will continue in the coming days and at the end it will be decided whether to extend their detention. As is well known, the Egyptians are very sensitive to military items when Israelis are usually stopped at the border with bullets. “We have warned in the past that anything related to the army or drugs should not be brought into Sinai,” an Israeli source who helps the three told Mako.

As of this moment, the three, two of whom hold American citizenship in addition to the Israeli one, have been transferred to the care of the police and military authorities in Egypt, their cell phones have been taken, and they are being questioned by military intelligence personnel. Their friends have already asked the Israeli Foreign Ministry and the Egyptian consul in Eilat for help in releasing them, in addition to the American embassy, ​​which is also trying to help.