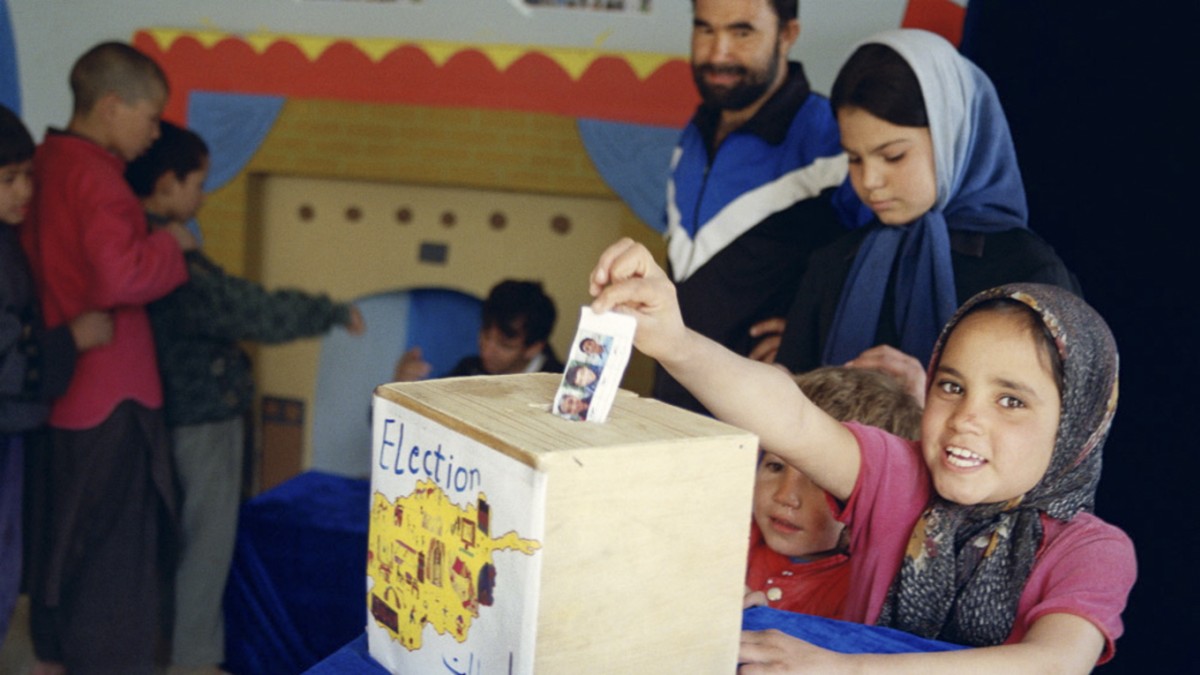 Who is still interested in Afghanistan? After the war broke out with full force in Eastern Europe, the Hindu Kush, where our freedom supposedly had to be defended, moves even further away. A few months after the USA and with them the Germans left the country and its people in August 2021 and left them to the Taliban, Afghanistan has also largely disappeared from the Western media. Unless, of course, it is worth mentioning that the Taliban have taken back rights for women, such as the recent closure of secondary schools for girls and the recent veil ban.

How good that Martin Gerner’s photo book “Finding Afghanistan” has just been published, a selection of his photos that he took between 2001 and 2021. At the time, then, when “the West” was waging war against extremists with many soldiers and at the same time trying to support the Afghans in building a democratic, forward-looking state. That failed miserably. for now.

Martin Gerner’s pictures pick up exactly where the war and catastrophe reporting stops: with people’s everyday lives, at eye level with them. Gerner, who has lived in Afghanistan for more than four years, is a freelance journalist and has trained young Afghans as journalists as part of an international project. And he attaches great importance to the fact that he didn’t work “embedded” like most western journalists, but was “lucky enough” to travel around the country without military escort.

His contacts with the population and in particular with Afghan journalists and photographers inspired him to include their perspective in his work. This is probably one of the reasons why many of his photos are characterized by confidence, hope and empathy. They show that in a country at war there can also be joy; where there are children doing their homework on the dusty floor, but also students in the air-conditioned lecture hall of a private university; instead of picturesque wrinkled men’s faces under the turban, Gerner shows the knowing face of Kunduz’s longest-serving police officer – just that she existed at all is a surprise.

“Perceiving and enduring the simultaneity of extremes seems fundamental to our understanding of the country and the people,” Gerner writes. There is the international football match between Afghanistan and Pakistan, where a man with a Kalashnikov is standing behind the goal.

And while day laborers have to split stones all day long, a happy little girl in kindergarten practices voting; Chinese motorcycles parked by a beautiful lake near Bamiyan show us how and where some Afghans spend their free time. The photographer is also concerned with showing more shades of gray instead of just black and white.

The pictures are supplemented by transcripts of conversations with Afghans, whom Gerner interviewed before and after the Taliban took power. There is the human rights activist, the theater director, a blogger, the university professor and the actress. Against all odds, they sounded confident ahead of 2021. “We can build something, a different heritage than that of our parents,” activist Shaharzad Akbar was convinced – before the Taliban came. She saw development primarily in education and through networking. On the occasion of a controversial discussion with other women about Muslim women’s clothing such as the hijab, she wrote: “The most important thing about the discussion was that we Muslims learn to argue openly with each other.”

She now lives in exile, like most of Gerner’s interviewees. And for most of them, sadness and anger determine their feelings about being handed over to the Taliban, about being forced into exile. When they wanted to change their home country for the better. Despite the currently poor prospects for Afghanistan, many of them remain hopeful: the puppeteer, that one day he will be able to open his hidden box with the puppets again and parade through the villages with them. The activist also wants to go back and bases her hope on the “resilience of Afghan women”.

One thought on ““Finding Afghanistan”: illustrated book by Martin Gerner”