Mass brawl on flight from England to Crete 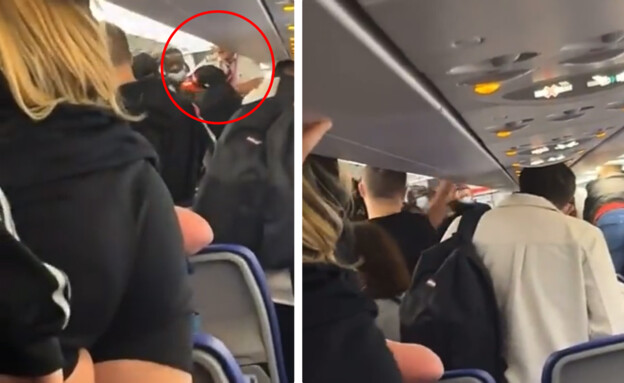 A WizzAir flight that made its way from London to Crete and landed yesterday morning, was destroyed by two men, aged 30, who rioted and started a mass brawl with several passengers, when during the riot the pilot was also injured.The winds heated up when a passenger who was rude during the flight, started rioting after being told that police officers would accompany him to the airport. The mass brawl that began caused the pilot to leave the captain’s cabin to calm the commotion, but he too received a blow.

@wizzair guessing this is the reason our flight was delayed (5 minutes prior to boarding) for 12 hours… we were then LOCKED in the airport by security with no explanations? Again now been delayed getting on for nearly 24 hours. #wizzair pic.twitter.com/WTIslAlsN1

A 37-year-old passenger who flew to the Greek island for a week-long vacation with her husband said “it was complete chaos. The man and his friend were so noisy and violent throughout the flight. But something happened when the flight attendant told them they were getting off the plane by police when we landed. It started and he just “He waved his fists when a group of guys tried to restrain him. The pilot came out and the guy hit him, he looked fine but it was clear he was quite shocked. It was shameful.”

The commotion lasted for several minutes until the cops dragged the blood-stained man away with his pants around his ankles. Other passengers fled the plane through the rear exit.

The eyewitness added that the two men were clearly drunk and boasted about drinking at the airport since 10 a.m.: “We knew it was trouble when he sat in someone else’s seat and said he cursed them when asked about it. I was surprised they even let them eat because they were so aggressive and loud before we took off. “We did not dare to complain because they turned to everyone and told people that when we got off the plane they would smash them. They smoked cigarettes and still continued to serve them alcohol even though passengers told the flight attendants that it was probably not worth it.”

Passengers had to wait two hours to pass the security check and deliver police statements, meaning many missed their transfers to hotels. The flight back to the UK was canceled while the blood was being cleared – leaving dozens of Britons stuck waiting to return home for more than 24 hours.