Arthritis treatment found to be effective for alopecia areata 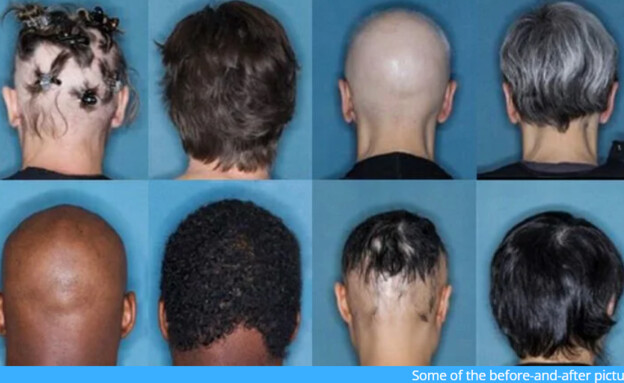 Rheumatoid arthritis causes joint pain and swelling, while alopecia areata leads to sudden hair loss. Common in both cases is that the immune system decides that the body cells are a threat – in one case it leads to the immune system attacking the hair follicles and causing baldness, while in arthritis it attacks tissue in the joints.A new and surprising study shows that the treatments for these two conditions can also be similar, with an arthritis drug called baricitinib effectively treating alopecia. According to the results of the third phase of the clinical trial, one in three patients was able to regrow hair after being treated with the drug.

“It’s so exciting, because the data clearly show how effective this drug is,” said Dr. Brett King, associate professor of dermatology at Yale School of Medicine and lead author of the new study, “These large, controlled trials tell us we can alleviate “Part of the suffering from this terrible disease.”

Alopecia areata is an autoimmune disorder in which the body’s immune system attacks the hair follicles, and more than 200,000 new cases appear each year in the United States. Although alopecia areata can develop in patients of any age, it usually occurs in people under the age of 40. There is currently no FDA-approved treatment for the disease. Awareness of the disease rose last week after actor Will Smith beat comedian Chris Rock during the Oscars after laughing at his wife Jida suffering from the disease.

“This autoimmune disease can be devastating”

For the new study, King and colleagues conducted two experiments that included 1,200 people. Participants were adults with severe alopecia areata, who had lost at least half of their scalp hair, many of whom had lost all scalp hair. For 36 weeks, participants received a daily dose of 4 mg bricitinib, 2 mg bricitinib or placebo. A third of the patients who received the larger dose returned to hair growth.

Bricitinib is a reversible oral inhibitor of JAK1 and JAK2, which has been shown to be effective in treating patients with rheumatoid arthritis. The researchers explained that the drug thwarts the disease by disrupting the communication of immune system cells involved in damage to the hair follicles. “Alopecia Arata is a crazy journey, marked by chaos, confusion and deep sadness for many who suffer from it,” King said. “It would be amazing to get a drug that would help people become recognizable to themselves and those around them again.”

Unfortunately, it was not free of side effects for all patients, as the researchers reported a range of symptoms in the test groups compared to reviews, including more severe acne, upper respiratory tract infections, headaches, UTIs and high cholesterol levels. In addition, due to the drug’s ability to disrupt the immune system, it can also lower the immune system’s abilities to protect the body from other threats, with increased infections previously seen in those who use the drug for arthritis. However, very few participants in the new trial dropped out due to side effects, indicating that they are tolerable overall. Further research is now underway to confirm long-term safety and efficacy.

“Whether people with alopecia areata suffer from loss of all hair on their body or spots of baldness and eyebrows or missing lashes, this autoimmune disease can be devastating,” Prof King said in a press release. “In 2022, bricitinib may become the first drug ever approved for the treatment of adults with alopecia areata.”