In Riga, the robot-chef who prepares the future tech of restaurants 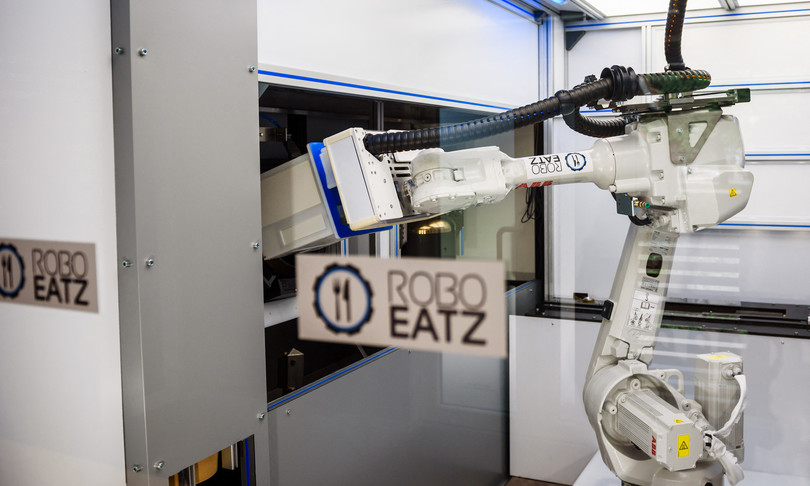 ` – The order of pasta that arrives in the kitchen automatically activates the robot arm, chef at the Roboeatz bistro in Riga- A few movements and five minutes of spins, and dinner is served- Well hot and appetizing-

Located under an old concrete bridge, the venue is designed in such a way that customers can watch the special chef in action as he launches the technological future of catering-

There is a large place with tables, but most customers prefer take-away, since in Latvia the green pass is required to consume indoors- “The food was better than I expected,” says Iveta Ratinika, a teacher and education consultant in the Latvian capital- The professor decided to encourage her students to come and observe the new robot in action, convinced that such a device could make the school canteen work better in a few years “-

The “real challenge”, cooking around

Roboeatz was designed in January 2018 by Konstantins Korcjomkins and Janis Poruks, who manage the fast food chain ‘Woki Toki’, in Latvia since 2009- The goal? Revolutionizing the industry- “This robot replaces 4 to 6 employees, which significantly reduces labor costs,” says Poruks- But, he assures, the introduction of robots will not increase the unemployment rate since “people are in no hurry to come and turn the burgers” in a restaurant-

“The robot will not replace people who want to jump into the restaurant business, who will become chefs or kitchen stars- The robot will replace those low-paying jobs that most people no longer want to do,” Poruks insists-

Robotics technology in restaurants has seen increasing interest in recent years, further galvanized by the Covid pandemic- In a newly opened Parisian restaurant, customers can see robots preparing, cooking and they pack the pizzas at the rate of 80 per hour-

In the United States, a robot named “Sally”, from startup Chowbotics, prepares salads for a vending machine- Finally, a British company unveiled a fully automated kitchen last year at a starting price of £ 248,000 (€ 291,000)-

Roboeatz is designed to carry out food preparation tasks, improving food safety and eliminating the risk of infection in overcrowded kitchens- According to its creators, the robot-chef could make hundreds of recipes, taking into account the owner’s taste and food allergies-

“The robotic arm is actually the least problematic, we just program it to do what we need to do,” says Korcjomkins- “The real challenge – he explains – is to design and invent an entire kitchen around the robot, which must contain all food ingredients, spices, sauces, rotating pans for boiling and frying “-

The project’s founders estimate that their robot will have paid for itself in two years- “On average, in the European Union, a kitchen employee costs the company around € 16 per hour, including wages, taxes, insurance, training and everything,” Poruks calculates- “The robot does not need health insurance, his children will not get sick, he does not go on vacation or maternity leave, he does not complain and he cannot bring Covid” to work, he adds- The company has expansion plans, sales offices in Canada and the United States, and a technical team in Riga that designs and programs the robots-

The concept’s co-founders aren’t worried about competition from other similar robots- “Ours – they say – is designed to do more activities and jobs, beyond just making pizza- Our goal is to create a robot that can be useful for many types of food, kitchens and dishes,” says Korcjomkins- “We hope that a food processor will become as popular as electric cars!” He later says-