Where art is accessible 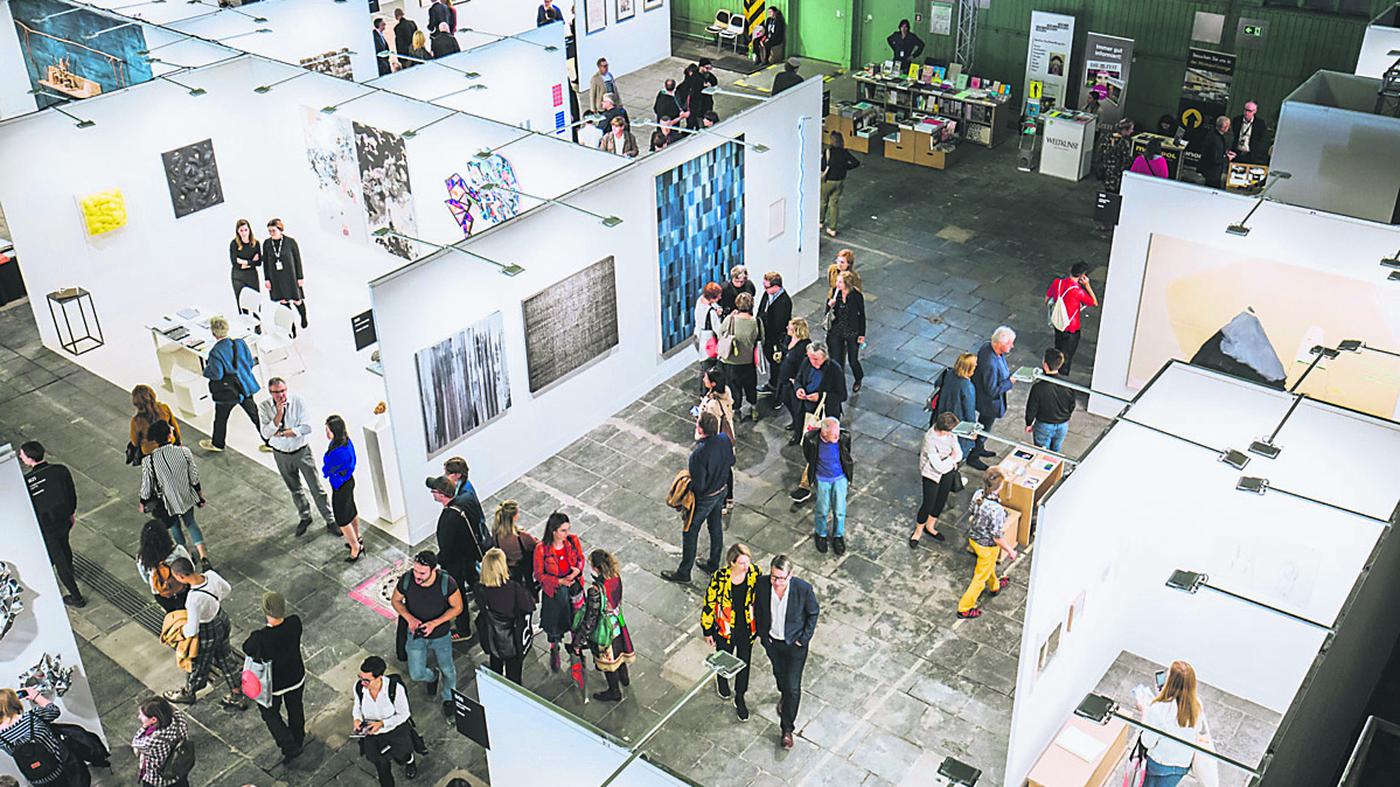 Trash talk with the trade fair directors? Talking about everything but art market? One thinks of Handke’s “audience insults”, imagines Kristian Jarmuschek and Heinrich Carstens in the role of the Muppet oldies Waldorf and Statler. But there will be no swearing, the position makers assure. Without being too serious, you can look behind the scenes, ask personal questions, and of course art and the market are not taboo.

“It’s not supposed to be a promotional event,” says Kristian Jarmuschek, “but to reflect a bit of closeness.” Perhaps that, along with persistence, is the secret of her success. Although Positions is not one of the high-end trade fairs, it has emerged stronger from the pandemic in its ninth year.

Every morning from 6 a.m Editor-in-chief Lorenz Maroldt and his team report on Berlin’s trials and tribulations in the Tagesspiegel newsletter Checkpoint. Register here for free.

“After all the adversity, it now feels like we’re shaking the fair out of our sleeves,” says Carstens with a wink. “But the queues of visitors up to Columbiadamm have also shown that we are needed.”

88 galleries from 20 countries and a total of five continents – ACAE Gallery, for example, came from Australia, Sahngup from South Korea, Christopher Cutts from Canada and RK Contemporary from South Africa – compete for the attention of collectors. The focus on Eastern European galleries is not least due to the support provided by the Senate Department for Economics. She also supports local galleries and the Fashion Positions, curated by milliner Fiona Bennett.

As usual, the focus of the fair is on contemporary art and painting – including works by Stella Meris at Anahita Contemporary and Janis Sneiders (Maksla XO). In addition to Yannick Ackah, the Melbye-Konan gallery from Hamburg is presenting two other artists from the Ivory Coast. The Zellermayer gallery shows paintings from the post-war period with the Swiss artist Petra Petitpierre; also a discovery are the surreal cubist figurines by Eugene James Martin at Maus Contemporary from Alabama.

Sculptures are contributed by Maja Babic Košir bei Ravnikar from Ljubljana and the Ukrainian artist Aljoscha, represented by Braunbehrens. There are strong photographs at Baudelaire from Antwerp by Jacquie Maria Wessels and at Artco with the fantastic Saïdou Dicko.

Art dealers such as Dr. Nöth or Thole Rotermund from Hamburg and the newcomer to the fair Akim Monet Fine Arts from Dallas, where works by James “Yaya” Hough can be seen between Auguste Rodin and George Grosz and Paul McCarthy’s collage “I Think This Is Your Beer (Kill the man )”. Which brings us back to art that celebrates trash and provocation.

The Positions Berlin Art Fair, official partner of the Berlin Art Week, takes place again in the Hangar 5 and 6 at Tempelhof Airport instead of. The 9th edition of the fair will open on Thursday September 15th from 6pm to 9pm. It presents 88 galleries from 22 countries. Visitor days: Fri, Sat 2 p.m. – 8 p.m., Sun 10 a.m. – 3 p.m. Admission €20, concessions €10. Further information also for the supporting events with talks, award ceremony and children’s program: www.positions.de

With this in mind, a special exhibition shows pictures by the US American No!art artist Bories Lurie. The feminist photographs of the recently deceased Natalia LL, whose “consumer art” can be discovered at lokal_30 from Warsaw, are less drastic than Lurie’s depictions of the Shoah and pin-ups.

Rediscoveries are also on the program in the Artima Positions section. In a special show, the Georg Nothelfer gallery, in cooperation with Mannheimer Versicherung, is presenting the artist Galli, who had been quiet for a while.

More about Art Week and art in Berlin

One can be curious about the Best Booth Award from the art insurer Zilkens, which will be presented for the first time – and whether the prize will have a generally stimulating effect on the stand designs. As part of the Academy Positions, 27 graduates from art schools in Germany and Ljubljana can familiarize themselves with the art market: Two of them will be awarded the Berlin Hyp Prize. The current special presentation shows last year’s award winners Jaeyun Moon and Maria Seitz.