New drug for corona: How effective is it and is it better than a vaccine? 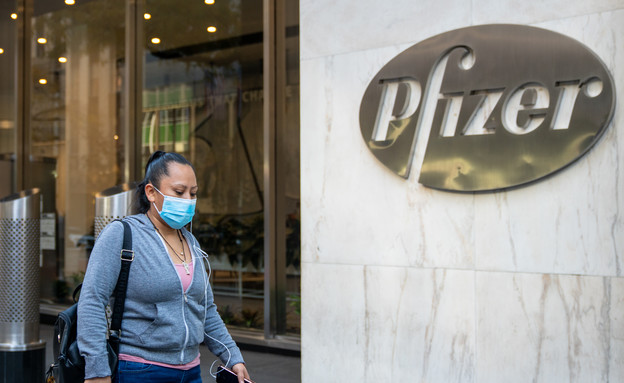 The global fight in Corona continues and over the weekend the results of Pfizer’s research on a new cure for the disease were published. The drug, “Paxlobid”, is given by pill to be swallowed and has been able to reduce the risk of hospitalization or death from corona by 89%. These data are certainly encouraging but also flood the question: which is more important, the vaccine or the drug?

This morning, Prime Minister Naftali Bennett announced at the beginning of the cabinet meeting that “there may be good news in the form of a drug to treat corona. Already this weekend I asked our system to study in depth the issue of the new drug. “Along with vaccinations for everyone and accessibility tests, for everyone, all the time.”

What are the results of research on the new drug for corona?

The study was conducted on more than a thousand corona patients from all over the globe: North and South America, Europe, Africa and Asia. Half of the participants were residents of the United States. Some patients were given the pill and were asked to take it every 12 hours for five days and some were given a placebo. 28 days after the start of follow-up, only 0.8% of the patients who received the drug were still hospitalized, compared with 7% in the group that received a placebo. There were no deaths at all among those who took the drug – in front of ten deaths in the group of patients who did not receive treatment.

Pfizer CEO Albert Burla said: “The results are a game changer in a global effort to stop the damage from the plague. “If the drug is approved by the FDA, it will have the potential to save patients’ lives and reduce hospitalization days following Corona.”

Will the drug reach Israel?

There are several steps until the drug becomes part of the treatment of corona in Israel. The US Food and Drug Administration needs to approve the use of the drug and then the Ministry of Health will work to obtain supplies to Israel. Ministry of Health Director General Professor Nachman Ash said this morning in an interview with 103FM: “We have not yet contacted Pfizer regarding the new drug but we will do so in the coming days. It sounds promising, but we need to learn about the success data. ”

Which is better: get sick and get the drug or get vaccinated?

Professor Dror Mevorach, director of the corona department at Hadassah Hospital, explained: “Preventive medicine is always better than treating medicine. The vaccine is designed to prevent the disease and its associated damage in advance and is much more important to stop the epidemic. “Instead of the vaccine, but join our medical arsenal to treat the early stages of the disease. It does not replace the vaccines. If the drug does get the regulatory approvals, it is possible that in the near future the drug will be given as a prescription by HMO doctors.”

Which is more effective: the vaccine or the drug?

What other medicines are available for Corona?

There are many treatments that have already been approved for use around the world for the treatment of corona, most of which are intended for hospitalized patients. For example, the drug “Ramadsibir” is intended for the treatment of patients with severe coronary heart disease and is given by intravenous infusion. “Regeneron” – the antibody drug intended for patients in a mild-moderate condition in order to prevent deterioration in their condition, is given by intravenous infusion and its stock exists in Israel. Dexamethasone – a drug based on steroids and Actamra that was originally used to treat arthritis but has been shown to be effective against the “cytokine storm” – an overreaction of the immune system that can lead to severe deterioration and sometimes occurs following Corona virus infection.